Mojang is gearing up to release their new Minecraft Caves and Cliffs Part 2 update on November 30. This, being the biggest update in Minecraft’s history, will feature loads of new things. One of them is the addition of new biomes.

Minecraft is known for its enormous maps and varied forms of biomes. Biomes have distinct geographical features like temperature, vegetation, water, height, fauna, etc. There are approximately 70 to 80 different types of biomes and sub-biomes in Minecraft. 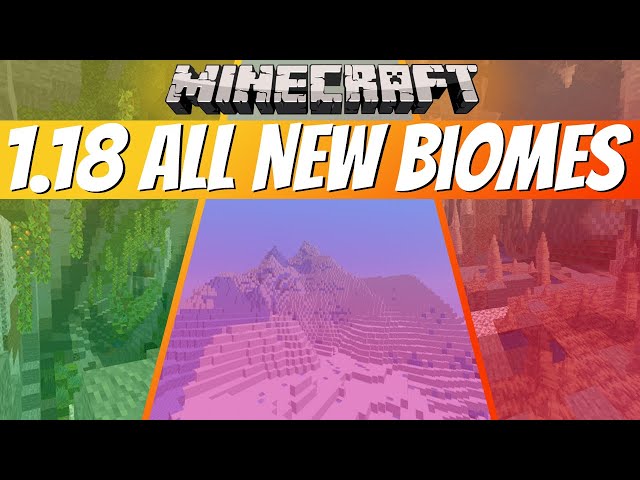 The new Minecraft Caves and Cliffs Part 2 update will be bringing eight different biomes and sub-biomes to the game. Here are some of the best new biomes coming soon in the game.

So far, players have seen some tall mountain peaks in Minecraft, but these new mountain sub-biomes have taken it to a whole new level. The Stony Peaks biome will have extremely tall mountains with steep pointy peaks. These will look magnificent, and many different structures can be built around them.

As the updated name suggests, the mountains in the update are getting an overhaul. This is another new mountain biome coming to the game. The Frozen Peaks biome features huge mountains made of snow and ice. Ice is usually found in colder icy biomes, but will soon be found in this biome as well.

Snowy slopes are another mountain biome that will be coming soon to Minecraft. This beautiful-looking sub-biome will have huge snow-laden slopes which connect the mountains to the snowy plains and tundra biomes. These will also have the new powder snow blocks.

The caves are getting a much bigger and better update compared to the mountains in Minecraft. The new update will be bringing in Dripstone caves to the game. These dangerous caves will be covered with stalagmite and stalactite spikes. They will grow from a new block called dripstone.

Many players who played Minecraft snapshots were extremely excited for this new cave biome, and for good reason too. These beautiful cave biomes are called Lush Caves.

They will be bringing vegetation under the caves for the first time. These caves will be filled with Azalea bushes, Glowberries hanging from cave ceilings, drip leaves, moss blocks, and much more.

Rafael Nadal says road to recovery is "going to be a complicated process", feels Garbine Muguruza's WTA Finals win has a "special meaning"

Possible fixes and what to do

Shane Warne feels Tim Paine’s time is up, and Pat Cummins must come to the fore.