Minecraft’s world generation in the upcoming Caves and Cliffs part 2 update is a revamped version of the age-old world generation system of previous versions of the game. It brings a new system of cave and mountain generation while also increasing the maximum height and depth of the accessible world in Minecraft.

The new mountains increase gradually in height and feel more realistic and lifelike than mountains in previous Minecraft updates. Caves are now huge voids in the ground with a ton of hostile mobs and valuable resources. Each ore has changed the height it generates at as well.

This seed spawns the player near a huge mountain with a pillager outpost eight next to it. Also, a village can be found within a few blocks from the outpost. This can result in numerous raids, and therefore numerous opportunities to earn experience and the “Hero of the village” advancement. A mountainous jungle biome can be found along another mountain adjacent to the village, which contains many exposed cave systems.

This seed includes a huge dripstone cave system. It spawns Minecraft players near a pillager outpost, so they should be careful and expect some pillager attacks right off the bat. The cave is exposed and can be found at the following coordinates, not far from spawn.: -31, 73, 749.

Players can explore the gigantic cave system to their heart’s content, which is lined with huge columns of dripstone blocks, stalactites, and stalagmites.

This seed spawns the player in a jungle biome, quite close to a jungle temple. After exploring the jungle temple, players can head over to an exposed cave a few hundred blocks away from spawn, where an exposed cave entrance sits and invites players to plunder its depths. The magnificent lush cave is filled with glow berries and azalea trees.

This seed spawns players near a snowy biome and a plains biome. Gigantic cliffs separate the two biomes, with a beautiful lake at the bottom. The plains biome near the cliffs can be a good place to build and admire the view the cliff system provides. 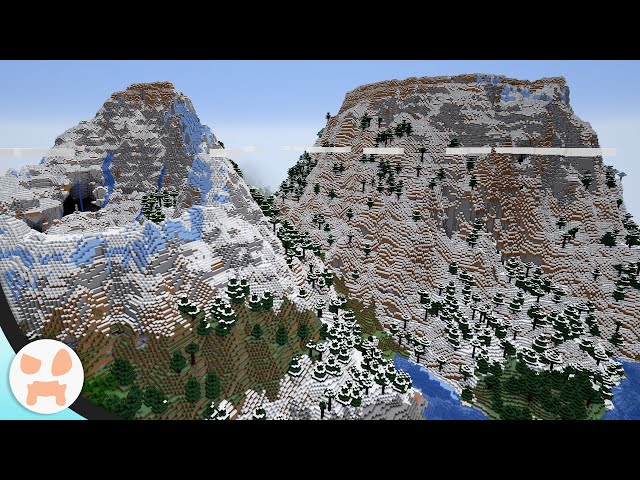 This seed spawns the player in a vast valley that is surrounded by a plains and a snowy biome. Both biomes contain gigantic mountains with tall peaks. These mountains can be traveled to for exploration and used for making bases. Goats can be found at these heights as well, making them an excellent spot to observe these fascinating creatures.

The Caves and Cliffs part 2 update will be one of the biggest updates in Minecraft’s long and fruitful history. It brings a host of new features to the game and has been well-received by the Minecraft community. As its December 30 release date draws closer, Minecraft players are certainly excited to experience all the new features.

"Disaster waiting to happen from the day they appointed him"