Max Holloway vs. Yair Rodriguez will face off this weekend in a featherweight contender scrap at UFC Fight Night: Holloway vs. Rodriguez. The current 145lb UFC champion Alexander Volkanovski recently gave his prediction as to who he sees coming out on top.

Speaking with MMA journalist James Lynch, Volkanovski revealed that he is going with the favorite in the fight, backing former foe Max Holloway to overcome Yair Rodriguez. Volkanovski stated that:

“Max Holloway. I think Max Holloway will be too much, too much pressure. And again, Yair likes to fight on the outside, and again, he’s the type of guy you give him room to move, you stand in front of him and let him work at a range he’s comfortable at, mate, he looks like a absolute weapon. But you take that away from him, you know then obviously he has to try think on the fly a little bit and that’s not really his world. So the pressure that Max will bring will definitely make it hard for Yair.”

You can check out the full prediction video for Max Holloway vs. Yair Rodriguez below: 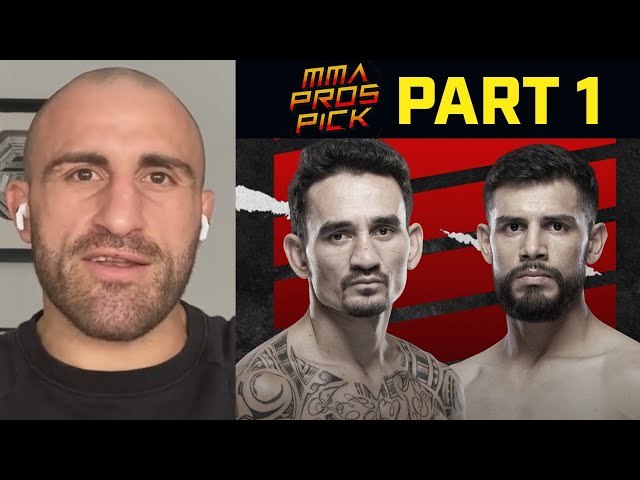 What next for the winner of Max Holloway vs. Yair Rodriguez?

Whilst the UFC has not stated that Max Holloway vs. Yair Rodriguez is a number one contender fight, it clearly is in all but name. Holloway is ranked at the top of the featherweight division, whilst Rodriguez is ranked third.

The second-placed 145lb fighter is Brian Ortega, who’s most recent fight ended in a loss to Volkanovski. Therefore, there are no clear contenders aside from Holloway and Rodriguez at the moment.

Holloway has previously come up short twice against Volkanovski, although the judge’s decision for the second fight is debated by many. Should he overcome Rodriguez, ‘Blessed’ will no doubt be granted the chance to reclaim his title.

How to report a player in Call of Duty: Vanguard

Epic-Riot collab decreases Valorant's chances of being available on Steam