It is no secret that LeBron James is a master recruiter, bringing in talents that will help in his quest to deliver championships to any franchise he joins. However, a few expert analysts have come together to give their expert opinion on whether LeBron will be better off not trading some of his former teammates.

Stephen A Smith, Michael Wilbon and Richard Jefferson joined Mike Greenberg on NBA Countdown, and the question was raised. The host had a long list of players, including Julius Randle, Lonzo Ball, Brandon Ingram, Ivan Zubac, Kyle Kuzma and Jordan Clarkson, to name a few, who have left the Lakers since LeBron James joined in 2018.

The question Greenberg threw at Stephen A was whether LeBron James would be better off if some of those players were still with the Lakers. Stephen A rejected the notion with all authority, stating that while it’s nice to have some rotation players, they cannot be compared to the star power of Anthony Davis and Russell Westbrook.

“No! I’m sorry! All of them bye! The bottom line is Anthony Davis is Anthony Davis,” he said. “Russell Westbrook, turnovers and all, the man makes clutch shot, he obviously is a future Hall of Famer.” 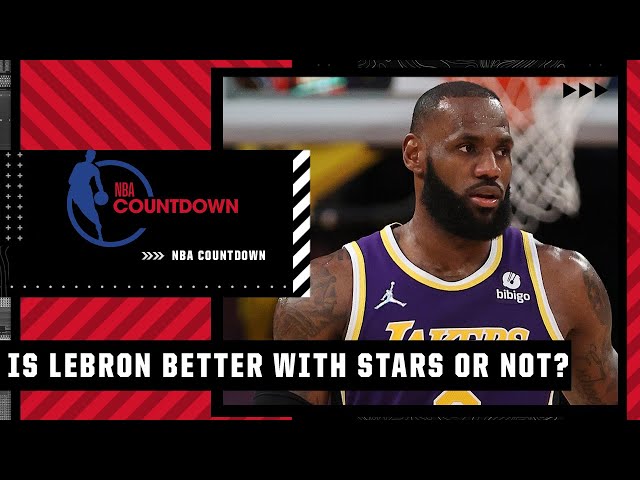 Meanwhile, Stephen A was sure to give the Lakers alums kudos, especially Montrezl Harrell and Kuzma, who are playing significant roles in the Washington Wizards’ success so far this season.

Has the LeBron James-Anthony Davis partnership been successful?

The ultimate measure of success is a championship, and LeBron James and Davis won it in their first season playing together. The duo, with the help of role players, dominated the league in the 2019-20 season.

Watch LeBron James and Anthony Davis banter about the last play at the All-Star Game https://t.co/0LmHEWTfxj

Since their union in 2019, they have only played 92 games together, due to injuries. The decision to go for a third star was not based on inefficiencies on the duo, but to keep the offense running with either of them on the floor.

So far this season, LeBron James and AD have played only six games together, with four resulting in victories. James is averaging 24.8 points, while Davis is averaging 23.8 points.

The Lakers are currently ranked seventh in the Western Conference standings with a 7-6 run. They have started the season rather slowly, but things might pick up for them as they’ve had a lot of moving pieces and might need some time to maintain stability.

“You took care of me like your son, I am devastated”

The Netherlands vs Norway prediction, preview, team news and more