WWE legend Booker T is not a fan of SmackDown star Mace’s ring name. The Hall Of Famer joked that he thinks about the rapper Mace when he hears the WWE Superstar’s name.

Mace has been a part of WWE since 2016 and has made a number of changes to his character and ring name. The former football star began his WWE career under the ring name Marcellus Black, before it was changed to Dio Maddin in 2019 when he became a commentator. After joining the RETRIBUTION faction in 2020, he was given the name Mace.

On his Hall of Fame podcast, Booker T and his co-host Brad Gilmore briefly discussed about Mace and his ring name. Gilmore stated that he didn’t like the former RETRIBUTION member’s name, which the Hall of Famer agreed to as well.

“No, I hate it (Mace’s ring name). I didn’t even like the rapper Mace (laughs). You know, we’ve talked about that. Every time I think of Mace (the WWE star), I think about Mace (the rapper),” said the WWE legend. 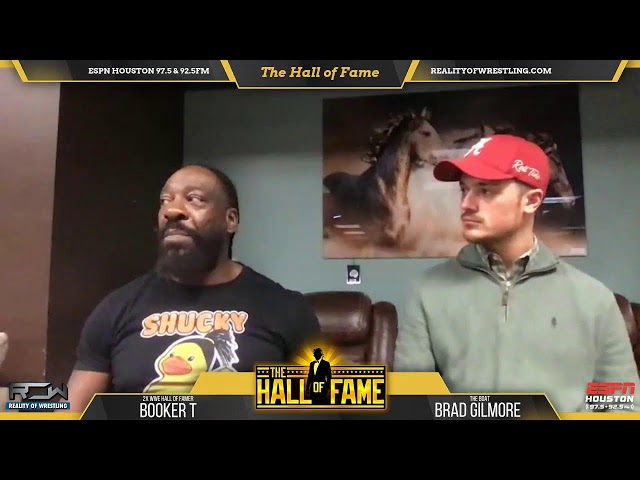 The two-time Hall of Famer then hinted that WWE fans could see the SmackDown star more often.

“Well, the thing is have you seen Mace lately? The thing is, stay tuned (smiles). I’m trying to help you out with something, I’m trying to clue you in. Just wait (and watch),” said Booker T.

Before being signed by WWE, Mace trained under Booker T at the Hall of Famer’s Reality of Wrestling promotion.

“Not only is he (Finn Balor) here this week against Mace and you know it’s a jobber match, but when they’re standing in the ring together, Mace should kill this guy. And we know he doesn’t even have a chance,” said Russo.

Mace’s match against Balor took place on RAW in October, days before moving to SmackDown. His last appearance on WWE television came at last month’s Battle Royale to crown the No.1 Contender for the Universal Championship.

Please H/T Hall of Fame podcast and Sportskeeda if you use any of the above quotes.

What does the initial "D" stand for in One Piece?