Tommy Fury was unable to attend Saturday’s press conference ahead of his highly anticipated boxing match against Jake Paul. The Englishman’s absence was because he returned to the UK due to a family emergency. Paul noted that ‘TNT’ returned home to care for his mother and said that he respects that as a man.

Despite that, Jake Paul also slammed his fifth professional opponent by reciting a poem he’d created. The YouTube sensation stated:

“I’m upset that Tommy’s not here. I’ve got a little something for him. Roses are red. Violets are blue. In his first obligation, Mr. Fury couldn’t come through. No worries; only stress for a few. I’m used to promoting my fights alone. I just didn’t think I’d have to do this one too. Carrying the marketing, sales; Oh Lord! What’s new? And y’all wonder why the highest-paid boxers are me and Canelo [Alvarez], top-two. One girl whispers, ‘There goes Tommy Fury and his pretty green eyes.’ Her friend replies, ‘Yes, it’s true, but he prefers to kiss guys.’ Tommy Fury’s friends let him skip leg day. Just look at those chicken thighs.”

Jake Paul also alluded to Tommy Fury and Molly-Mae Hague being the victims of a burglary last month, an incident in which they lost £800,000 worth of possessions. Once again in the form of poetry, Paul stated:

“December 18th, his home won’t be the only thing burglarized. I’m stealing his family’s boxing legacy, all because Tommy did too much ecstasy while Jake was in the gym sparring heavily. The best bet for Tommy is a Molly-Mae pregnancy. ‘Tommy, it’s okay you lost. You’ll still be a great dad.’ But when she finds out about his side alley make-out in Brampton, she’s gonna be a little mad. After all this, though, I will say Tommy has a lot of spirit; a lot of Spirit Airline miles. Tommy is still saving up to be able to sit in the aisles. Roses are red. Violets are blue. December 18th, Tommy Fury, you will be on the canvas, kissing my shoe.”

Watch Jake Paul reciting his poem about Tommy Fury below:

Jake Paul has amassed a 4-0 record as a professional boxer. The YouTube megastar’s most recent bout was a split decision win over former UFC welterweight champion Tyron Woodley. The 24-year-old defeated ‘The Chosen One’ in August this year.

Jake Paul is now set to clash with Tommy Fury (7-0), a prominent member of the renowned Fury boxing family, in a much-awaited grudge match.

The Paul vs. Fury clash will be contested at a catchweight of 192 pounds. It will take place at the Amalie Arena in Tampa, Florida on December 18. 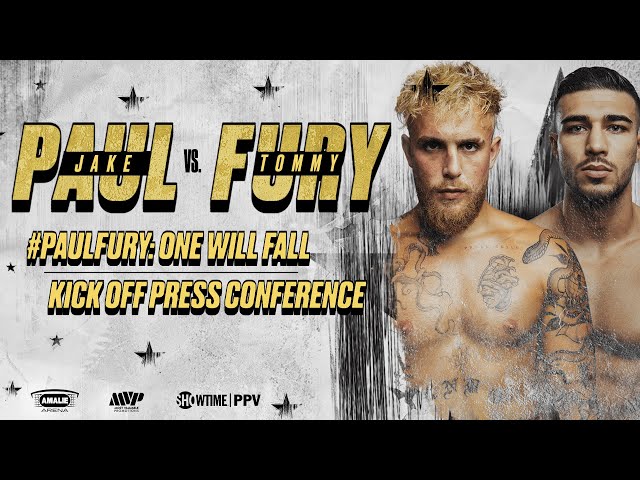 Mats Wilander says he would “like to see a little more fireworks” between Novak Djokovic and Daniil Medvedev, says their joint-training sessions “can only help Novak”