It has been revealed that WWE nixed plans to have Malakai Black (fka Aleister Black in WWE) take on Big E at this year’s SummerSlam event in August.

WrestleTalk was the first to report the following:

“TalkSPORT’s Alex McCarthy exclusively revealed on Wrestling Daily – part of the WrestleTalk network – that there were plans for Black to face Big E at SummerSlam.” 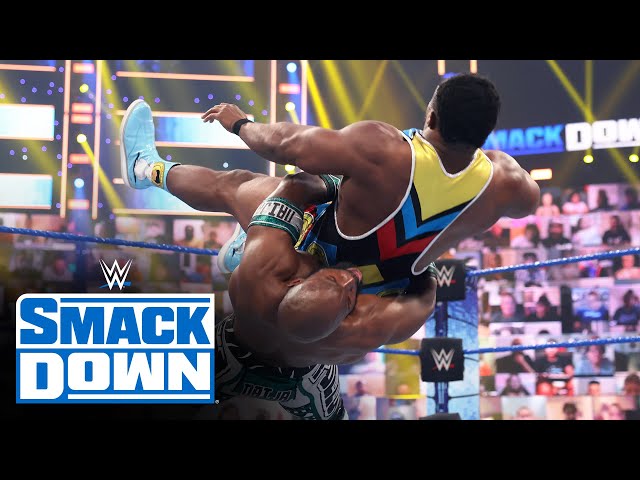 Black returned to WWE television on the SmackDown episode of May 21st to attack Big E during the show’s main event.

Apollo Crews defended his Intercontinental Championship in a fatal four-way contest that also featured Big E, and the plans were for Black to begin feuding with the former New Day member after the assault.

During a recent chat with Alex McCarthy, Big E revealed that he was unaware of the plans for a storyline with Black and was informed about the attack moments before he walked through the curtains for the IC title main event.

Black was released from WWE within the next couple of weeks, and he eventually made his AEW debut in July on a special Road Rager episode of Dynamite.

Black’s release forced WWE to alter its creative plans for Big E, and company officials decided to hand him the prestigious Money in the Bank contract.

The former tag team champion faced Baron Corbin at SummerSlam and cashed in the MITB contract less than a month later on Bobby Lashley to become the new WWE Champion.

Big E is currently enjoying his first world title reign and is embroiled in a feud with Seth Rollins and Kevin Owens on Monday Night RAW.

Thank you Brighton, Sheffield, Birmingham and London! I am so grateful to be in this position. I am so thankful for the growth. Thank you to everyone who ever supported me.

Thank you Brighton, Sheffield, Birmingham and London! I am so grateful to be in this position. I am so thankful for the growth. Thank you to everyone who ever supported me. https://t.co/Ow22yjSa0P

As for Malakai Black, the former WWE star has two massive wins against Cody Rhodes on his resume since jumping ship to AEW.

Black is clearly cherishing the opportunity to flex his creative muscles in All Elite Wrestling, and his future looks bright in Tony Khan’s company.

Fans! What does wrestling legend Dutch Mantell think of the recent WWE releases? Find out here.

Ranking the 5 best European Ballon d'Or winners of all time

Jamie Skaar reacts to hate DMs from ‘The Bachelorette’ fans