The title bout with Makabu was officially ordered yesterday by the WBC after Alvarez’s team requested the matchup.

The fight is expected to happen in May or June of 2022, and Alvarez slots as a heavy favorite over Makabu. However, Makabu is not backing down lightly from the task of challenging the pound-for-pound king.

In a recent interview with Fight Hub TV’s Marco Villegas, Makabu made his first comments on the bout with Alvarez. The Congo native speculated Alvarez might be a little crazy for moving up so much in weight to challenge him.

Catch the full interview with Fight Hub TV’s Marcos Villegas down below: 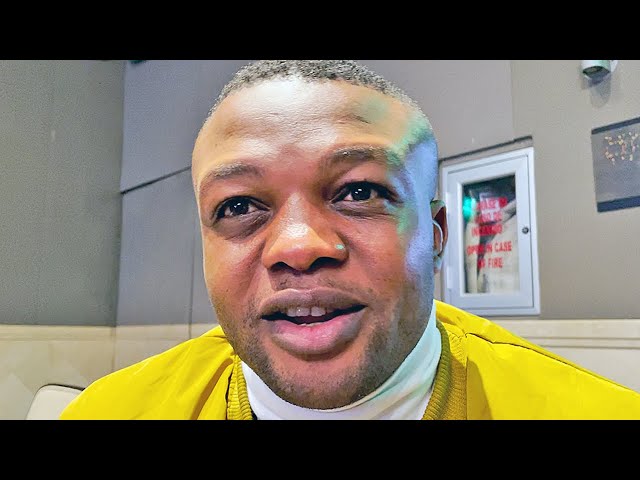 Ilunga Makabu became WBC champion in January 2020, defeating Michal Cieslak via unanimous decision. He then showcased his power in December of that year, knocking out Olanrewaju Durodola in the seventh-round to retain his title.

In his move to cruiserweight, Canelo Alvarez will attempt to become a five-division world champion. Alvarez has previously held titles from light-middleweight all the way to light-heavyweight.

If his cruiserweight venture is successful, it would put Canelo Alvarez in an exclusive club with some Hall of Fame fighters. Only five fighters have ever held gold in five different weight classes. Those legendary names include Thomas Hearns, Ray Leonard, Oscar De La Hoya, Floyd Mayweather Jr. and Manny Pacquiao.

However, a move up in weight won’t be easy for Alvarez. In addition to fighting up 32 pounds compared to his previous bout against Caleb Plant, he’ll be forced to deal with the punching power of Ilunga Makabu coming back at him.

While Makabu is viewed as potentially the least-challenging of the current champions at cruiserweight, he still has knockout power in spades. Makabu owns 25 knockouts through his 13-year boxing career.

What is Wilson's disease? Tributes pour in as General Hospital star Bergen Williams passes away at 62

The Briscoes scheduled to be at AEW Dynamite

The Saints love being an underdog