Speaking at the UFC 268 post-event press conference, White hailed Usman as the best 170-pounder to ever compete in the octagon.

“[Kamaru] Usman is just, this guy is the best ever. He is the best welterweight of all time. He is on his way to possible GOAT status,” said Dana White.

“This guy is the best ever. He’s the best welterweight of all time. He is on his way to possible GOAT status.”

“This guy is the best ever. He’s the best welterweight of all time. He is on his way to possible GOAT status.”Dana White says Kamaru Usman is THE MAN.#UFC268 | Full video: bit.ly/3qgA4UC https://t.co/tbsrA8lQkL

Kamaru Usman met Colby Covington in a rematch in the main event of UFC 268. The first fight at UFC 245 ended with a TKO victory for ‘The Nigerian Nightmare’.

Similar to their first outing, the rematch was a closely contested affair. This time, however, the bout went to the scorecards. All three judges scored the contest 48-47, 48-47 and 49-46 in favor of Usman. 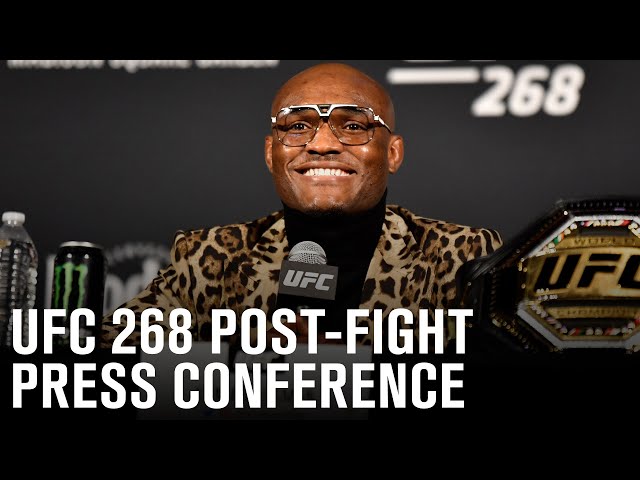 During the post-event press conference, Dana White weighed in on what could be the next challenge for ‘The Nigerian Nightmare’ in the octagon. The UFC president said that Khamzat Chimaev and Leon Edwards could possibly face the champion some time in the future.

“I mean there’s still guys here. You got some guys out there talking about Khamzat Chimaev, that he’s ready for it. He’s got four fights in the UFC. You know, I get it. Listen, the dude’s one of the coolest, baddest things that we’ve seen the way he rips through people, but once you break into that top 10, top five, I’m not even talking about Usman, it’s a whole another game, he’s [Khamzat Chimaev] a couple fights away. If he can beat a couple guys in the top 10, top five, then we’ll see. And yes, he’s [Leon Edwards] been waiting for a title shot for a long time, too. You know, he’s been in there, fought the fights we told him to do. He’s had a lot of bad luck, things happen. But there’s always somebody.”

Chimaev is coming off a dominant victory over No.11-ranked Li Jingliang at UFC 267. Meanwhile, Leon Edwards is set to face Jorge Masvidal in a grudge match at UFC 269.

“When he is in form and has confidence, he can play like that”- Shadab Khan on Asif Ali’s fireworks