Michael Bisping was forced to step in and play the role of mediator. It came when Daniel Cormier and Dominick Cruz had a recent sit down to discuss some controversial comments made by Cruz in regards to DC’s commentary.

Dominick Cruz on Daniel Cormier’s commentary: “When it comes to DC I usually mute it.” 🤫 #UFC269 (via @ufc)

FWIW I personally love DC’s commentary. He brings a fun energy to the broadcast.

Dominick Cruz on Daniel Cormier’s commentary: “When it comes to DC I usually mute it.” 🤫 #UFC269 (via @ufc)FWIW I personally love DC’s commentary. He brings a fun energy to the broadcast. https://t.co/7jAobfgJZA

However, somewhat unsurprisingly for fans of ‘The Count’, this only resulted in more chaos. Michael Bisping initially appeared to calm the feisty debate by informing Cruz that Daniel Cormier had previously made use of a hired researcher who aided in his commentary preparation:

However, when asked by DC if he would ever do the same, Michael Bisping retorted with:

“I like to give the first fight on the prelims the same amount of attention and respect as the main event.”

Which triggered the following response from Cormier:

You can check out the full hilarious exchange in a video posted to Michael Bisping’s YouTube channel below: 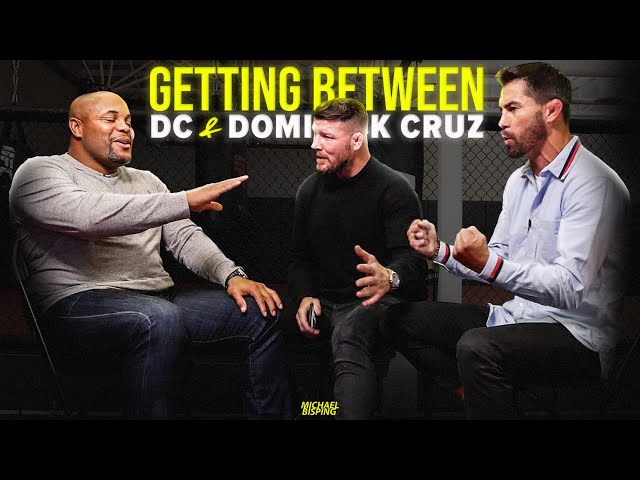 Will Michael Bisping and Daniel Cormier be on commentary for UFC 269?

Daniel Cormier will be part of the three-man commentary booth that will be calling this weekend’s UFC 269. However, Michael Bisping will not be joining him, as ‘The Count’ is still limited to commentating UFC Fight Nights for the time being. Bisping is one of the top commentators working for the UFC right now, and it is likely that we will see him calling pay-per-view events in the near future.

For the time being, Daniel Cormier will instead be joined by Jon Anik, one of the best play-by-play commentators in the game, as well as Joe Rogan, whose voice is synonymous with the UFC.

Jarred Brooks suggests three opponents for his next fight

Skill or luck? – Ludwig starts an anonymous YouTube channel to show that online popularity is “99% skill”