Everything to know about Demon Fusion

Demon Negotiations and Demon Fusions have been an integral part of the Shin Megami Tensei mainline series ever since the launch of Digital Devi Survivor: Megami Tensei.

It’s one of the core mechanics which not only helps with progression but makes the more difficult encounters significantly easier in the game.

However, for players who are new to the franchise, using the fusion system can be a bit daunting. Hence, this article will deal with some of the basics of Demon Fusion that players need to keep in mind while playing Shin Megami Tensei 5.

1) When can players unlock Demon Fusion in Shin Megami Tensei 5?

Meeting Sophia in the World of Shadows automatically unlocks some basic fusion features. However, players will not have access to the more advanced ones until they reach the Leyline, and complete the first Abscess.

Upon doing which Sophia herself will notify the player that the Dyad Fusion has been unlocked, once they interact with her again. This will also open up access to the Demon Compendium 4.

There are 4 types of Demon Fusions in the latest title of the MegaTen mainline series:

It’s important to note here that Special Fusion unlocks at a much later stage in Shin Megami Tensei, and players will not have access to it from the get-go.

When it comes to understanding some of the Demon Fusion mechanics, Sophia does not hold the player’s hand in any way. So for those wondering, “+1” during Demon Fusion means that the MP cost for that particular skill the demon is getting, is significantly lower. 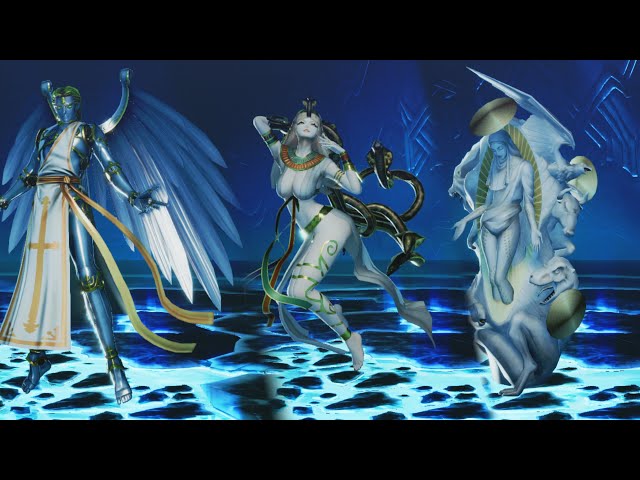 The resulting demon’s and Nahobino’s own affinity determines this factor during fusion and is a very important mechanic that players need to become adept at.

In the normal and the hardest difficulty settings, some of the boss fights can get very drawn out and intense. These are the moments when the demons in the party need to constantly output spells, providing buffs and nerfs, over and over again.

Having a positive affinity for spells makes it so that the party does not run out of MP too quickly and keeps using up turns to drink potions.

“-1” on the other hand, is a negative affinity, and significantly will increase the mana cost for particular spells.

Along with Affinities, Apotheosis is also another fusion mechanic that players will need to properly utilize in the World of Shadows.

It’s a pretty straightforward feature, and will allow players to imbue spell essences on the demon resulting from a fusion.

Powerful spell essences can be found in the game’s open world, and can also be obtained by completing specific side quests. Apart from using essence on the resulting fusion demon, players can also employ it to teach Nahobino a new skill.

Kane Williamson opts out of the T20I series, Tim Southee to captain in the first match against India

"That opportunity is a once in a lifetime"