Ferrell and Rudd make an appealing pair while playing it safe

Apple TV+ has decided to drop a brand new miniseries titled The Shrink Next Door. The series revolves around Martin Markowitz (Will Ferrell) trying to overcome his crippling anxiety. His sister Phyllis (Kathryn Hahn) persuades him to see a psychiatrist. 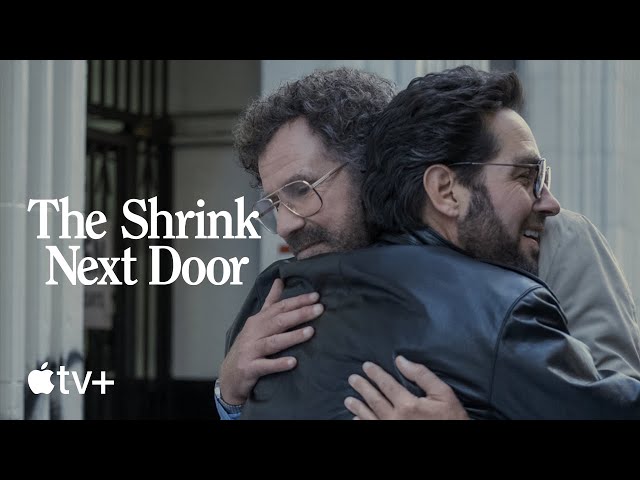 Martin sees Dr. Isaac Herschkopf (Paul Rudd), and the two eventually form an unusually close bond even for a patient and doctor. This tips off Phyllis as she now believes that Dr. Isaac can’t be trusted around her brother.

The power dynamic comes into play, and a game of mental gymnastics and gaslighting ensues throughout the series.

Is The Shrink Next Door any good for Will Ferrell or Paul Rudd?

Ferrell and Rudd make for an amicable pair

One thing that makes this series enjoyable is that Ferrell and Rudd work well as an unconventional duo. The pair are perfectly comfortable working out the material, even if there’s nothing new to be seen.

Rudd performs decently enough as a charming therapist that seems just okay for the role. However, it does seem almost like a step down for an actor of his caliber.

Ferrell breaks into a more dramatic role as a very anxious man trying to keep his family’s business afloat. Usually, the comedian makes for the snarky, fumbling, charismatic p**ck that everyone roots for. His range as an actor is impressive, with that being said.

Kathryn Hahn is Ferrell’s sister. She portrays Phyllis with such a raw and carefree attitude that it balances Ferrell’s anxiety. Hahn plays primarily comic relief that elevates the series ever so slightly.

Her dead-pan humor is almost a breath of fresh air in an otherwise dry miniseries. What makes her character great, though, is that she’s charismatic without overstepping her bounds and outshining Ferrell or Rudd.

The series is mostly bland

While the cast may be great, the rest of the story is very run-of-the-mill. It seems too contrived to be truly dramatic and engaging for audiences. If it had done something différent, the series could be something really great.

It lacks the drama and depth to make it stand out from the crowd. It’s not terribly bad, but it isn’t good either. It’s a challenging medium of very average that borders along the lines of too familiar.

It is just the first three episodes, so hopefully, the series will pick up with a bang at the end.

“You cannot deny possibility of conflict but chances are very low”

Bisping was stunned by Khamzat Chimaev’s dominant UFC 267 performance, jokes Usman should be ready for him