Genshin Impact 2.3 is something many fans are looking forward to, and it’s not too far away.

Depending on where the player lives, it will either be available on November 23 or 24, 2021. Like previous Genshin Impact updates, it will include brand new characters and some reruns. Many Travelers are looking forward to this update, especially if they want one of the 5-star characters (Albedo, Eula, or Itto). 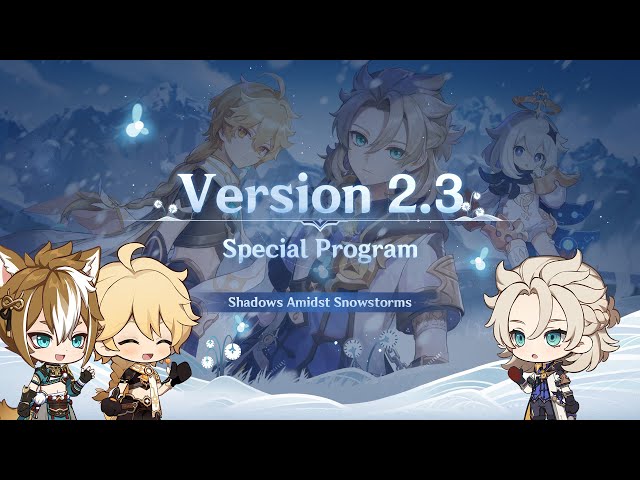 By comparison, Europeans and Asians can play it around the early morning to the afternoon on November 24. These are the following times when maintenance should end for Genshin Impact 2.3:

Fans should already know that Albedo and Eula will be having a rerun in Genshin Impact 2.3, with Itto’s banner following it. That piece of information was officially unveiled in the Genshin Impact 2.3 Special Program livestream. What’s new is that they will share the same 4-star characters, according to recent leaks.

The leaks essentially state that Bennett, Noelle, and Rosaria will appear on both rerun banners as the 4-star characters. Meanwhile, the only thing that players know about Itto’s character banner, is that Gorou will be one of the featured 4-star characters.

The upcoming weapons to look out for are:

The above Reddit post includes the original leak by a Russian leaker known as Mia. Other leakers have collaborated on it, so it seems to be valid. Genshin Impact hasn’t had two rerun banners run simultaneously before, so this leak gives players a good idea of what to expect in the future.

Both Albedo and Eula will play a prominent role in the upcoming Shadows Amidst Snowstorms event. Out of the 4-star characters, only Bennett has a major role in that event. His showdown with Albedo was beloved on Twitter, so fans are eager to see more of that in the coming update.

As all of this info comes from leaks, and Genshin Impact players should remember that some parts are subject to change.

The vignette for Xia Li was both innovative and awesome

Refund for GTA Trilogy on PC

5 talking points from GW 12 of the Premier League