Indian cricketer Harbhajan Singh has picked his all-time T20 XI, which includes four West Indians, three Indians and one player each from England, Australia, South Africa and Sri Lanka. Not surprisingly, the off-spinner named his former captain MS Dhoni as the skipper of his all-time T20 XI.

In a video posted on Sportskeeda’s YouTube channel, Harbhajan named Rohit Sharma and Chris Gayle as his two openers. He included another explosive opener in Jos Buttler at no.3. Explaining the decision to have the England wicketkeeper-batter in the one-down position in his all-time XI, the 41-year-old explained:

“He is a very reliable batter and someone who can control the game once he gets set.”

“Being an all-rounder, he has won many matches through his batting ability and has won games with the ball as well.”

South African legend AB de Villiers would bat at no.5 in Harbhajan’s all-time T20 XI while the captain of the team, Dhoni, would come in at no.6. Dhoni would also keep wickets. 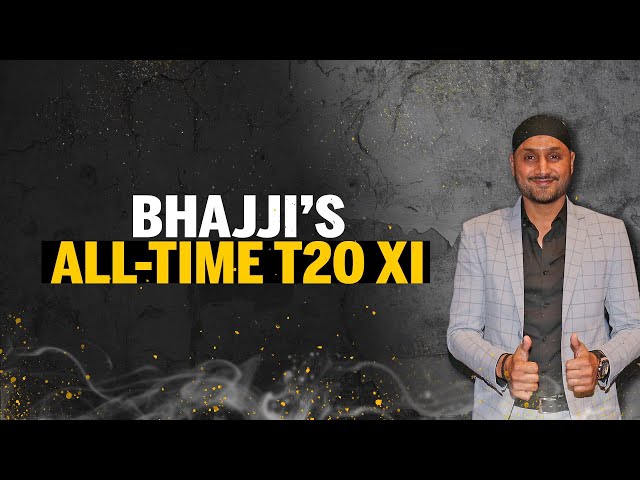 “The batting order can be altered and Pollard could be moved up and down the order depending on the needs of the side. Any T20 team is incomplete without Pollard.”

Harbhajan Singh lashed out at Pakistan fans over fixing allegations

Harbhajan recently hit out at Pakistan fans, who accused India of fixing matches after the Men in Blue registered emphatic wins over Afghanistan and Scotland.

With twin victories, India have kept their hopes of reaching the T20 World Cup 2021 semi-finals alive. The Virat Kohli-led side had a disastrous start to the tournament, losing to Pakistan and New Zealand by 10 and eight wickets respectively.

In a video message on his YouTube channel, Harbhajan said:

“We accept that Pakistan have played very good cricket and everyone also appreciates them for playing so well against India and beating them. Congratulations on that. But if you start misbehaving by claiming that you play fair cricket and if we win, you doubt us, term it unfair, fixed then that is wrong. We all know your cricketers’ reputation.”

India need Afghanistan to beat New Zealand in the Super 12 clash on Sunday. If that happens, and India can defeat Namibia comprehensively, they could still make it to the semi-finals on the basis of having a superior net run rate.