In Genshin Impact, Mona is Mondstadt’s skilled and knowledgable astrologist who happens to have constant problems with money.

Mona is perhaps one of the most passionate characters in Genshin Impact, with a strong devotion to her astrological work. She refuses to use her astrology for money, and spends most of the money she gets on astrological tools. With such a particular personality, it’s no surprise that many Genshin Impact players have become Mona fans.

Mona is one of many characters with a teenage or medium-sized build. According to the measurements above, she stands at 153.6 centimeters. Most characters with similar builds are between 151-158 centimeters tall, making Mona’s height somewhat average.

In the best Mona builds, Energy Recharge is a priority. Her Elemental Burst is very useful, immobilizing enemies and debuffing them to increase the damage they take. Because of this utility, Genshin Impact players should make sure Mona receives plenty of Energy to use her burst. 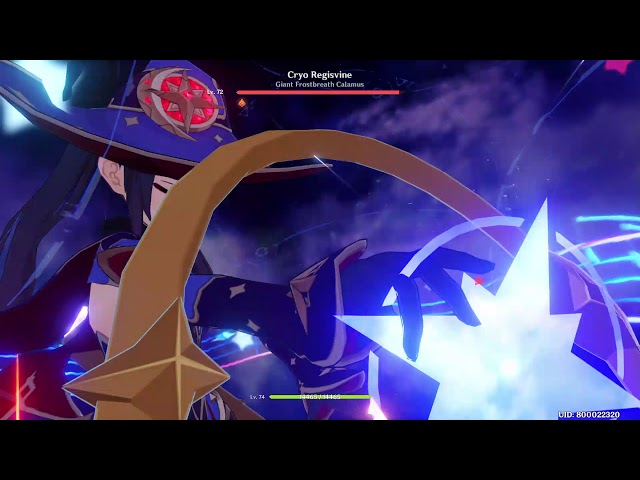 Thanks to her passive talent, Waterborne Destiny, Mona also gets a Hydro damage buff equal to 20% of her Energy Recharge. This talent further strengthens her burst, along with all her other attacks.

With Mona’s sub-DPS kit in mind, these are some of the best weapons to use in her build:

Skyward Atlas is the best 5-star weapon for Mona, buffing elemental damage by 12% at just refinement level one. The base attack of 674 is also incredibly high, and it’s buffed further by the weapon’s 33.1% ATK bonus.

Thankfully, Mona doesn’t need a 5-star weapon to be a great combat character in Genshin Impact. The 4-star Favonius Codex has a base attack of up to 510, and provides an Energy Recharge bonus of 45.9% at level 90.

For Mona, the Energy Recharge bonus is the most important feature of this weapon. Building on this, Favonius Codex also provides energy with its passive ability. When Mona deals CRITs with this catalyst, she has a chance of generating Elemental Particles. This effect compounds on the weapon’s Energy Recharge bonus to improve Mona’s burst uptime.

Another 4-star option for Mona is Wine and Song. This catalyst has a higher base attack than Favonius Codex, reaching 565. However, it does lack in Energy Recharge compared to the codex, providing a max of 30.6% bonus compared to 45.9%.

With Wine and Song’s passive ability, Mona can get ATK buffs from using her sprint. After switching Mona onto the field, players can quickly sprint with her to deal a more powerful Elemental Skill and burst.

With her Elemental Burst being her best combat ability, the best artifact sets for Mona are Emblem of Severed Fate and Noblesse Oblige.

A 4-piece set of Emblem of Severed Fate works perfectly to buff Mona’s Burst. The 20% Energy Recharge bonus buffs Mona’s Hydro damage and allows her to use her burst more regularly.

Furthermore, Mona’s burst will be buffed based on her Energy Recharge, which should already be high if she’s built properly. With up to a 75% burst damage bonus, this artifact set has become perhaps the best in the game for characters like Mona.

Genshin Impact players who prefer to use Mona as a team-buffer should instead opt for a 4-piece set of Noblesse Oblige artifacts. This set provides a 20% Elemental Burst damage bonus, and buffs teammates after using her burst.

With high Elemental Recharge, Mona can use her burst constantly and keep her teammates’ attacks buffed for most of the battle. This artifact set has been one of the best since the early days of Genshin Impact, and players can still trust these pieces to Mona.

I will cry, Mona needs the worst ascension materials 😭

I will cry, Mona needs the worst ascension materials 😭 https://t.co/O0LExtLItJ

Apart from the boss, players need to gather Philanemo Mushrooms in the open world and defeat Whopperflowers for their drops. The mushrooms can only be found in Mondstadt, and players can refer to the map below for their exact locations:

Mona needs all three of the Whopperflower drops for her ascension, and a good amount of them at that. Fortunately, Whopperflowers spawn all over Teyvat. There’s no shortage of Whopperflowers to hunt, and players can find all their locations on this map:

Of all the standard banner 5-star characters in Genshin Impact, Mona is one of the few who are still part of the meta. Keqing and Diluc were powercrept by other main DPS characters, and there’s not much to say about Qiqi that hasn’t been said.

With the right build, Mona is an incredibly useful sub-DPS character in Genshin Impact. Gamers can use her in Freeze teams with Ganyu or Kaeya, keeping enemies immobilized for enough time to dispose of them.

Is Torterra worth using in Pokemon GO?

Why has Tom Brady struggled against WFT and Saints since becoming a Buccaneer?