How to get a free Mythical Pokemon in Pokemon Legends: Arceus

Pokemon franchise fans that are hyped about the upcoming Legends Arceus game release have an additional surprise to look forward to.

When Pokemon Legends: Arceus hits the market on January 28th, certain players will have a unique opportunity to catch a Mythical Pocket Monster in the new game.

Here’s how players can get a free chance to catch the Mythical Grass-type Pokemon, Shaymin, in Legends Arceus. 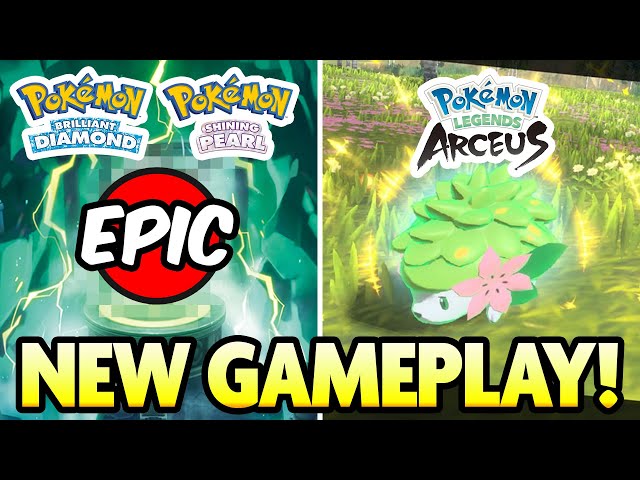 In order for a player to receive a Shaymin encounter in Pokemon Legends: Arceus, they simply need to have saved-data on their console from the Sword and Shield games.

In addition to the Mythical Pokemon, players will also get the unique Shaymin Kimono set if they have this saved-data on their Nintendo Switch. When it comes to actually receiving these rewards, gamers will have to wait until they can launch the game on its official release date at the end of January.

It’s important to note that Shaymin still won’t be obtainable until a player reaches the game’s end-credits and then proceeds to take on a special “research request.” Also, it appears that only the “Land Forme” version of Shaymin will be claimable for this special bonus.

When it comes to the Kimono set cosmetics, these will be accessible about an hour into gameplay, once a trainer joins the Galaxy Expedition team.

There will be another cosmetic perk that Pokemon Legends: Arceus trainers can take advantage of in a similar fashion. If players happen to have saved-data from either of the two Pokemon Let’s Go edition games, they’ll be rewarded with a Pikachu and Eevee mask.

These rewards can be claimed once players join the Galaxy Expedition team in Pokemon: Legends Arceus.

While the Mythical Pocket Monster, Shaymin, may only be catchable after reaching the game’s end credits, it still makes for a wonderful bonus that players of Sword and Shield can benefit from. Besides, in Pokemon games there is always a lot more gameplay to explore even after the credits roll.

How to get amethyst cluster in Minecraft

T20 World Cup 2021: “Virat has been wonderful with captaincy”