How to get Jirachi in Pokemon Brilliant Diamond and Shining Pearl

Pokemon Brilliant Diamond and Shining Pearl appear to be filled to the brim with Legendary and Mythical Pokemon, with Jirachi being among them.

Jirachi was first introduced in Generation III. Like other Mythical Pokemon, Jirachi could only be obtained through a special event. It is known for its ability, Serene Grace, which doubles the likelihood of secondary effects occurring, as well as a nice signature move in Doom Desire. 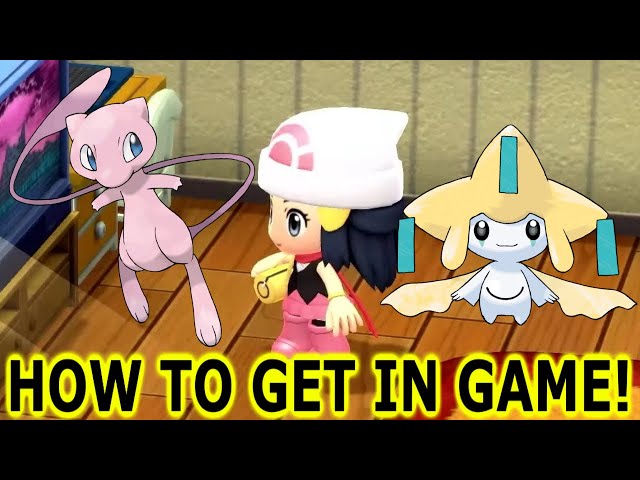 Pokemon Brilliant Diamond and Shining Pearl will be adding a new area to the Sinnoh region called Ramanas Park. Trainers can catch many Legendary and Mythical Pokemon in this area, which will only be open after the trainer has beaten the Elite Four.

For most Legendary Pokemon, they can only be accessed by using certain slates. Each Legendary is locked behind a certain pedestal in Ramanas Park. If the trainer inserts the right slate into the pedestal, they will unlock an encounter with the corresponding Legendary.

Not much information is currently out on these slates, but trainers will apparently be picking them up throughout their journey.

Trainers won’t need a slate to encounter Jirachi, though. All they will need is a save file of Pokemon Let’s Go Pikachu or Let’s Go Eevee on their Nintendo Switch to earn this encounter.

Mew can also be encountered in a similar fashion. Trainers who have a save file for Pokemon Sword or Shield on their Nintendo Switch will be treated to a Mew encounter.

The location for Ramanas Park hasn’t been confirmed yet, but some clues in the trailer have hinted at its location. It will likely be where Pal Park used to be in the original Generation IV games.

The trailer shows a small clip that shows a trainer entering Ramanas Park. Beneath the building is a path surrounded on both sides by trees and one Ace Trainer standing to the side. This is a mirror image of what is seen in Pal Park in the original Sinnoh region.

This general area was located at the end of Route 221. What players might consider doing once they beat the Elite Four is to travel to Sandgem Town and find the beach to the South. Surfing down the water will take them along a path that leads to Route 221, where they will likely find Ramanas Park.

Several other Legendary Pokemon from the first three generations have also been confirmed to be at Ramanas Park. Those Pokemon are as follows:

How to get Mew in Pokemon Brilliant Diamond and Shining Pearl

When is the GTA V Expanded and Enhanced release date