How to get tokens and free rewards

Free Fire Diwali events went live in late October, and many of them are still running, providing appealing items as rewards. The After Party event is the most recent addition to the fray, featuring a loot crate and room card.

The new event began on 5 November 2021, i.e., yesterday, and it is the last event of the Diwali celebrations in the game. It will remain open to players until 11 November 2021, throughout which they will be able to complete missions to claim their desired items.

This event requires users to accomplish a series of daily missions to attain a special Prize Token, which can later be utilized to redeem or exchange for a wide variety of items.

The list of missions in this event are as follows:

Players will be able to exchange the collected tokens for a variety of items:

Collecting the tokens and exchanging them for the rewards 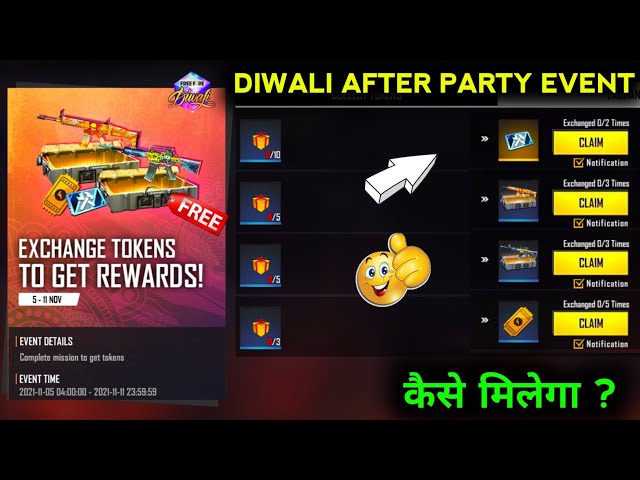 To attain the rewards from the Free Fire Diwali After Party event, follow the steps below:

Step 1: First, you must complete the missions given above and then open the events in Free Fire.

Step 2: Next, you need to select the After Party tab in the Celebrate Diwali section.

Step 3: You should claim the tokens from the Collect Tokens tab, which can then be exchanged for the items from the Exchange tab.

“If Barcelona is interested in our players, they can get them”

How to get Dragon Spy Bundle and gun skins at discount