How to use bleach in Minecraft: Education Edition

A chemical compound that players can create in Minecraft’s Education and Bedrock Editions, bleach is a combination of water and Sodium Hypochlorite. 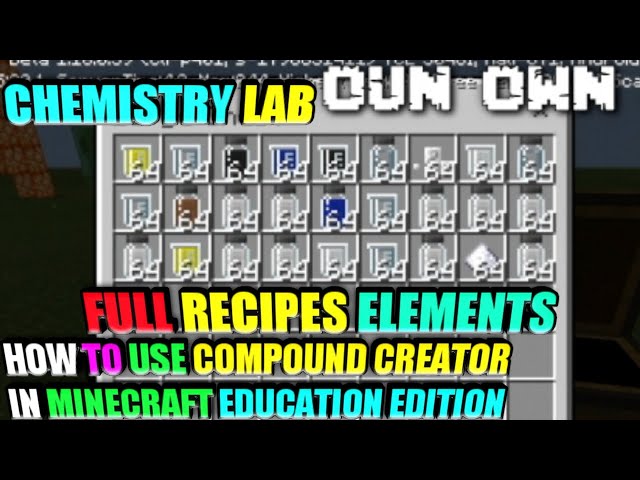 By combining three flasks of water with three of Sodium Hypochlorite, Minecraft players can create bleach, which can be a helpful substitute for white dye. It cannot be obtained via commands such as /give or the Creative Mode inventory, unlike many items in the game.

Regardless, bleach’s primary current use in Minecraft: Education Edition is either removing color from an object or simply coloring it white. If players have run out of materials such as bone meal or Lilies of the Valley to make white dye, bleach can help them out.

Once Minecraft players have made bleach at the lab table block, they can place the item in a crafting grid along with certain items in order to color them white. At the moment, only four items in Minecraft: Education Edition are able to be dyed by the use of bleach. These items are dyed beds, carpets, or wool blocks, as well as banners not already colored white.

By placing bleach alongside these items on the crafting grid of a crafting table, they can remove the color of the item and return it to a stark white color. For the moment, the four items named above are the only options available for players to bleach, but Minecraft: Education Edition may increase the number of items that are bleachable in the future after content updates.

Minecraft: Education Edition often features chemical compounds that players and students can observe in real life, and with bleach this is true. Real-world bleach removes dye or stains from fabric, which is something that is easily seen in Minecraft. This keeps in line with the use of many different chemical compounds in the game, including Latex, Hydrogen Peroxide, Aluminum Oxide, and more.

Bleach isn’t yet used to craft any actual items (whereas compounds like Latex can make balloons), but Mojang may change this in the future as they expand the capabilities of Minecraft: Education Edition. Since chemistry is one of the core mechanics in this particular Minecraft version, there is no doubt that it will improve overtime as additional content updates release.

Is Odell Beckham Jr playing today vs Steelers in Week 8?

“The flak that Ole gets disappoints me”

Is Donovan Mitchell playing tonight against the Atlanta Hawks?