India vs New Zealand 2021: “Good to see Virat, Rohit and Dravid back players like Rahane”

Indian off-spinner Harbhajan Singh has praised Virat Kohli, Rohit Sharma and Rahul Dravid for backing Ajinkya Rahane despite his extended lean spell with the bat. Harbhajan is hopeful that Rahane can repay the faith and rescue his floundering career.

There were question marks over Rahane’s place in the Indian team after his poor run with the bat continued in England. In four Tests, the 33-year-old scored only 109 runs in seven innings at a dismal average of 15.57.

However, the Indian think-tank has placed faith in Rahane, appointing him as captain for the first Test of the two-match series against New Zealand in Kohli’s absence. 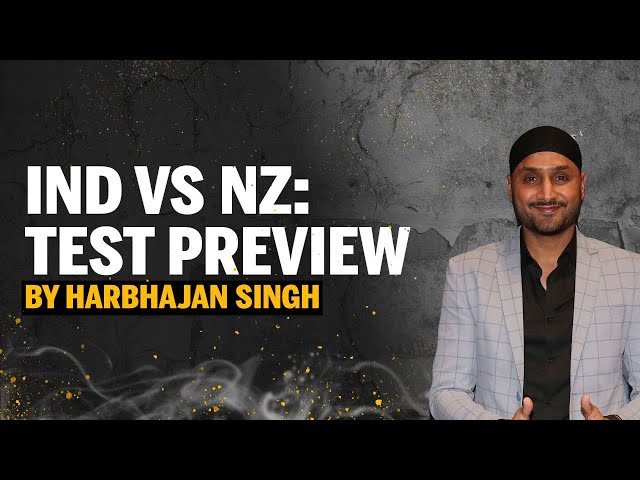 Previewing the Kanpur Test for Sportskeeda, Harbhajan urged Rahane to rise to the occasion. He stated:

“With no Virat Kohli and Rohit Sharma, Ajinkya Rahane will be leading the team in the first Test. Everyone was thinking whether or not he would be in the team. His numbers have not been good in recent times. Since the start of 2021, he has been averaging around 19. No doubt he is a very nice person and a very good cricketer, but his performances haven’t been up to the mark.”

Harbhajan added that while Rahane has got backing for now, he needs to deliver else there are too many batters waiting in the wings. The 41-year-old stated:

“It is good to see Virat, Rohit and Dravid back players like Rahane. They have thrown their weight behind him. I hope Rahane leads the team from the front and fulfills his responsibility. He needs to score runs so he can play on for longer. If he doesn’t, there is a big line behind him. There is Suryakumar Yadav and a few others as well.”

Suryakumar has been added to the Indian Test squad for the series against New Zealand as replacement for the injured KL Rahul.

Even though the Kiwis do not have a great Test record in India, Harbhajan said that the hosts cannot take New Zealand lightly. According to him, India will have to grab the upper hand early. Harbhajan opined:

“It will be very important how India starts against New Zealand, who can’t be taken for granted. New Zealand are strong enough to win Test matches in India as well. I want to see good cricket pitches so Indian cricket can move ahead by playing good cricket.”

The first Test of the two-match series between India and New Zealand begins at Green Park in Kanpur on Thursday, November 25.

Disappointing start for India in singles event, only Sathiyan and Ayhika Mukherjee progress to next round