Michael Bisping has shed light on what went down between Dillon Danis and Ali Abdelaziz during the UFC 268 event at Madison Square Garden in New York.

Speaking on the ‘Believe You Me’ podcast, ‘The Count’ shared what he heard about the altercation between ‘El Jefe’ and Abdelaziz on November 6:

“I was backstage and then I saw tons of security and then, from what I heard, Dillon Danis, and this guy’s just an idiot, he’s a clout chaser who’s trying to get famous, he doesn’t fight, he sneaked past security somehow… and got in Ali Abdelaziz’s face… came in all aggressive like he was gonna do something and then Ali was like, ‘F**k!’ He thought he [Dillon Danis] was gonna attack him and he gave him a good slap,” said Michael Bisping.

You can listen to the full episode of the Michael Bisping podcast below:

MMA journalist John Morgan had earlier reported on Twitter that Abdelaziz slapped Danis at the UFC event. ‘El Jefe’ was reportedly removed from the arena after the incident.

Ali Abdelaziz slapped Dillon Danis backstage tonight at #UFC268 according to multiple people who witnessed the incident. Danis was then apparently removed from the building.

Reached out to @AliAbdelaziz00, but he declined to comment.

Ali Abdelaziz slapped Dillon Danis backstage tonight at #UFC268 according to multiple people who witnessed the incident. Danis was then apparently removed from the building.Reached out to @AliAbdelaziz00, but he declined to comment.

In a now deleted tweet, MMA fighter Dillon Danis claimed that upon seeing ‘El Jefe’, UFC Hall of Famer Michael Bisping walked away in the opposite direction.

‘The Count’ then uploaded a video to his YouTube channel where he responded to Danis’ comments about him:

“F**king D**do Danis has been talking sh** all week. He’s down there. I walked past him before. And as I walked past him, I just went like that,” Bisping gestured that he flipped Danis the bird. ‘The Count’ added, “But he’s put on Twitter that I ran away from him. Me and Marvin [Vettori], we’re gonna f**k him up,” said Michael Bisping.

You can watch the clip of Michael Bisping talking about his run-in with Dillon Danis at UFC 268 below: 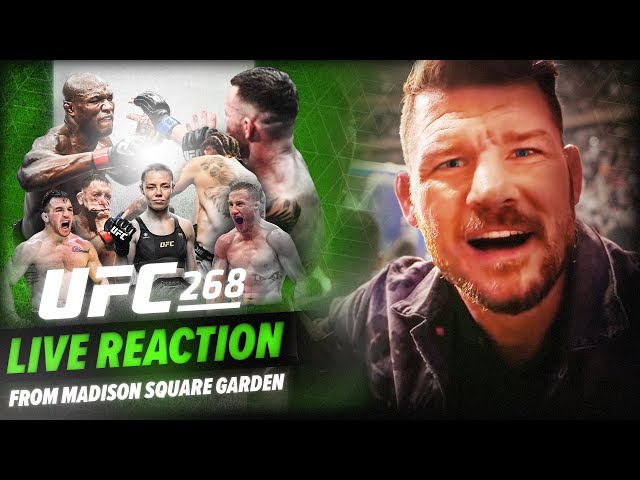 Danis had uploaded the following tweet before the fight event on November 6:

Ranking the 5 best European Ballon d'Or winners of all time

Is Donovan Mitchell playing tonight against the Atlanta Hawks?