Michael Bisping recalled a post-fight octagon interview when Yair Rodriguez greeted ‘The Count’ with an expletive.

During UFC Fight Night: Rodriguez vs. Stephens on September 21, 2019, ‘El Pantera’ and Jeremy Stephens fought to a no contest after an accidental eye poke by the former just 15 seconds into the bout.

Tempers flared following the main event where Bisping was on commentary. When the former middleweight champ entered the octagon to interview Rodriguez, the Mexican wasn’t amused.

“There you go, Max Holloway vs. Yair Rodriguez should be fun. I’ll be interviewing the winner… Last time I stepped into a cage with Yair Rodriguez was when he fought Jeremy Stephens down in Mexico City. The fight just started and sadly there was an eye poke and the fight got called off. Then a riot started and when we were there, I was commentating with Brendan Fitzgerald. Fitzgerald gets under the desk and he was like Mike ‘come down here, there’s room for you… Anyway, when it all died down, I went into the cage and I went to talk to Yair Rodriguez. And he snapped at me in Spanish and he ended up ‘puta’. So I think he called me a little b***h. But it’s all good. We had a joke about it the other day. So fingers crossed, if I do interview him on Saturday, I don’t get abused,” said Bisping. 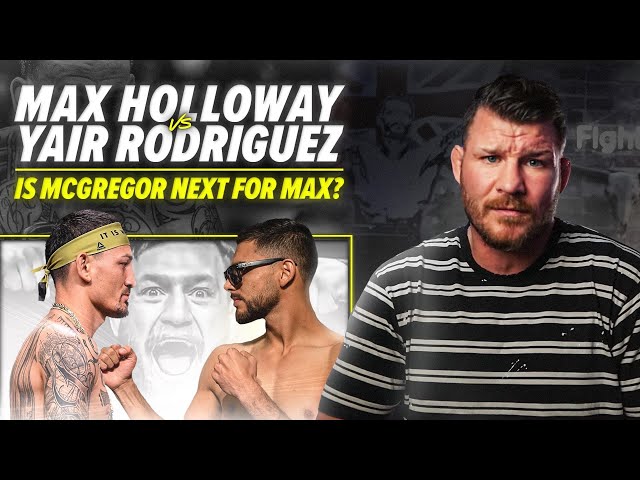 Rodriguez eventually beat Stephens via unanimous decision in October 2019, the last time he fought in the UFC.

Yair Rodriguez will fight in the UFC for the first time in over two years when he takes on No.1 featherweight contender Max Holloway at the UFC Apex.

The main reason for Rodriguez’s inactivity was a six-month USADA suspension from September 2020 to March 2021. However, he can seal the next featherweight title shot with a victory over ‘Blessed’.

Yair Rodriguez returns after a two-year layoff to face one of the best featherweights in the division tomorrow night on @ESPNPlus 💪 #UFCVegas42 https://t.co/n8qFFPu7i8

The Holloway vs. Rodriguez clash was initially scheduled for July of this year but an injury to the former featherweight champion resulted in its postponement.

Earlier in August 2020, ‘El Pantera’ had a fight against Zabit Magomedsharipov canceled as well.

T20 World Cup 2021: Deep Dasgupta and Mahela Jayawardene back India to play with the same team