Tyler “Tyler1” Steinkamp’s height was brought into question as he sat in a call with friends Jimmy “MrBeast” Donaldson and Yiliang “Doublelift” Peng.

The trio got together to play League of Legends and were waiting for a match to load up when Doublelift suddenly brought up an old picture of Tyler’s. This led to a short discussion on his “real” height. 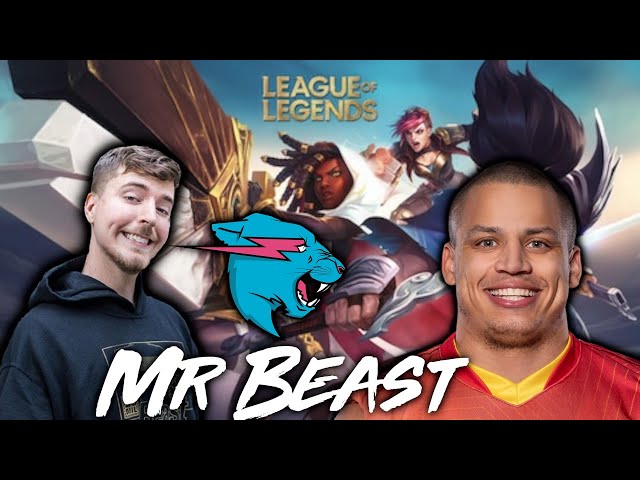 Tyler “Tyler1” Steinkamp, Yiliang “Doublelift” Peng and Jimmy “MrBeast” Donaldson were grouped together to play a few games of League of Legends. As they waited for their match to commence, the three began to speak on various topics.

At one point, Doublelift brought a picture of Tyler1 to the discussion table, one that is well known by both fans and non-fans of Steinkamp.

When the other two brought into question Tyler1’s real height, he defended himself, saying,

“Bad camera angle. Bad lighting. They had her standing on a box AND Photoshop.”

MrBeast replied that he was “starting to pick up on the joke..” to which Tyler1 insisted “it’s not a joke.” Donaldson had a witty response on-hand, however, continuing his previous sentence:

Tyler1 immediately went into a rage, a flurry of insults flying out to defend his supposed actual height.

At that point, Tyler got up and left the room, while MrBeast and Doublelift continued ragging on the streamer in light-hearted fashion. Donaldson said that he had never met someone who had to prove their height, while Doublelift claimed,

“Usually people who are six foot five aren’t constantly bringing it up. I gotta say, last time I saw Tyler in real life, I cast a shadow over him. It was humiliating. I was just towering over him.

Tyler1 later returned to his desk, informing the lot that he had gone to find his ruler but was unable to do so. He then repeated that he was indeed six foot five.

People on the Livestream Fail subreddit, however, didn’t miss a chance to take their own whack at the situation.

The picture in question is one of Tyler1 looking at Mel Capperina-Garcia at TwitchCon 2018, which the latter hosted.

This particular snap went viral online across different platforms, with many turning it into a meme format without knowing who Tyler1 is.