Patrick Mahomes and the Chiefs have received more than their fair share of criticism in 2021 and more than in any other year of the Mahomes’ era. Mahomes’ fiancée Brittany Matthews has been around the quarterback and has seen plenty of it firsthand. She’s had enough and was quick to defend her future husband at the earliest possible moment.

Saying Patrick is broken is ignorant. Saying the chiefs offense is boring is comical.

Saying Patrick is broken is ignorant. Saying the chiefs offense is boring is comical. https://t.co/nAlKrnEEd3

On Twitter, Matthews posted a highlight from the Chiefs’ Sunday Night Football beatdown of the Raiders with an accompanying message.

“Saying Patrick is broken is ignorant. Saying the chiefs [sic] offense is boring is comical.”

At the time of writing, the tweet had earned more than 3000 likes and 150 retweets. She didn’t call out any specific NFL pundits or fans, but she addressed the NFL world as a whole with the tweet. She didn’t say it, but the message was targeted at anyone who had leveraged any attacks at the Chiefs. The tweet definitely took on a “you know who you are” attitude.

Why Patrick Mahomes and the Chiefs never were “broken”

Last year, anyone caught saying “Patrick is broken” would have been laughed out of the room. Anyone who said the Chiefs’ offense was a snoozefest would have been jettisoned out of the airlock. However, after a slow first half of the season, plenty of critics attacked the trendiest team in sports.

After struggling to maintain a .500 record during the first six weeks, the Chiefs fell under attack from pundits, the media, and Kansas City’s own fanbase. Seemingly everyone had an opinion on the subject. Plenty said this was the beginning of the end. 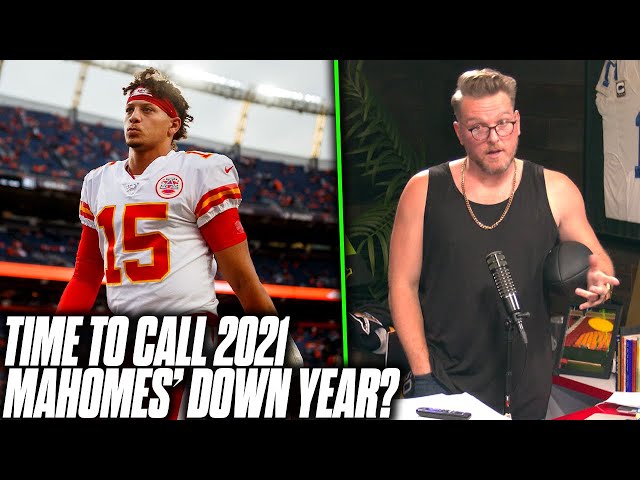 That said, even the Patriots had slow starts at the height of Brady‘s rule, and at the end of several of those seasons, the Patriots hoisted a Lombardi trophy. Of course, this isn’t a prediction that the Chiefs will do that this season. However, anyone who thought the Chiefs were going to stay down with all of their stars in place woke up to a sobering reality this morning.

Rodgers is close to a franchise record for the Packers

That said, the Chiefs didn’t win the Super Bowl. The weather is cold, but it’s not February yet. The Chiefs still have nearly a dozen games to play if they want to avenge their loss last season. If they treat the win over the Raiders as a “happily ever after” ending, it will be. In other words, they’ll need to keep their feet on the gas. If they don’t, this could be the peak of their season.

Rodgers is close to a franchise record for the Packers

Antonio Brown is a star receiver on his way to Canton

What happened to Demaryius Thomas? Former NFL star passes away at 33