The Philadelphia 76ers take on the Golden State Warriors on Wednesday at Chase Center for the final game of their current six-game road trip. The Sixers are fresh off a win over the Sacramento Kings, while the Warriors defeated the Toronto Raptors in their last game.

It has been a hectic season for the Sixers with issues regarding Ben Simmons, while also having a ton of injuries. Nevertheless, they have been playing well and are coming off a victory against the Kings. Tyrese Maxey led Philly to a 102-94 win last Monday.

Meanwhile, the Warriors still own the best record in the NBA at 15-2 following a win over the Raptors. Stephen Curry had a quiet game, but Jordan Poole and Andrew Wiggins came up huge. Golden State have shown their depth despite the absence of Klay Thompson and James Wiseman in the lineup.

The Philadelphia 76ers are in the final game of their current six-game road trip. It’s not an easy task as they have to take on the league-leading Golden State Warriors. It’s even harder when some of your best players are not playing.

However, the Sixers are a resilient bunch with a record of 3-0 when Joel Embiid and Tobias Harris were both absent. In the 102-94 win over the Sacramento Kings, the Sixers were without four of their five regular starters from last season.

Despite personnel woes, Philly managed to pull off an incredible win. Tyrese Maxey led the team with 24 points, while five other players scored in double figures. Andre Drummond, who filled in for Embiid, had nine points and 23 rebounds. 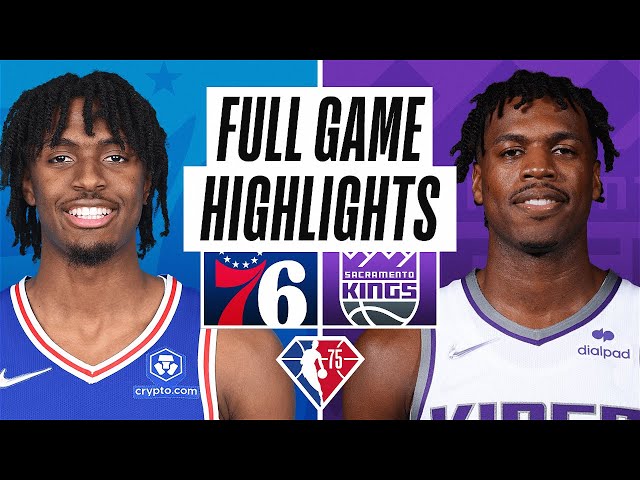 The Philadelphia 76ers drafted Tyrese Maxey with the 21st overall selection in the 2020 NBA draft. Maxey is a point guard from Kentucky and he has shown flashes of his potential this season.

The 21-year-old guard is averaging 18.7 points, 3.6 rebounds and 4.6 assists this season. He has started in all of the Sixers’ games this season. Maxey has taken advantage of Ben Simmons’ absence and could be the ideal long-term replacement for the missing superstar.

If Joel Embiid, Tobias Harris and Seth Curry miss the game against the Golden State Warriors, the Philadelphia 76ers will have to rely on Maxey once again. However, Maxey cannot carry the Sixers by himself, so the rest of the team should step up for one more night.

The Golden State Warriors have the best record in the league one month into the season. The Warriors are doing it without Klay Thompson and James Wiseman. Stephen Curry has carried the team, but the rest of the team has stepped up.

Draymond Green is back to playing great on defense, while Jordan Poole and Andrew Wiggins can explode in any game. The depth of the Warriors is one of the best in the NBA, and they are not even fully healthy yet.

In the 119-104 win over the Toronto Raptors, the Warriors relied on Poole and Wiggins for scoring. Poole led the team with 33 points, while Wiggins added 32 points. Curry was the focus of the Raptors all game long, but he still managed to affect the game. 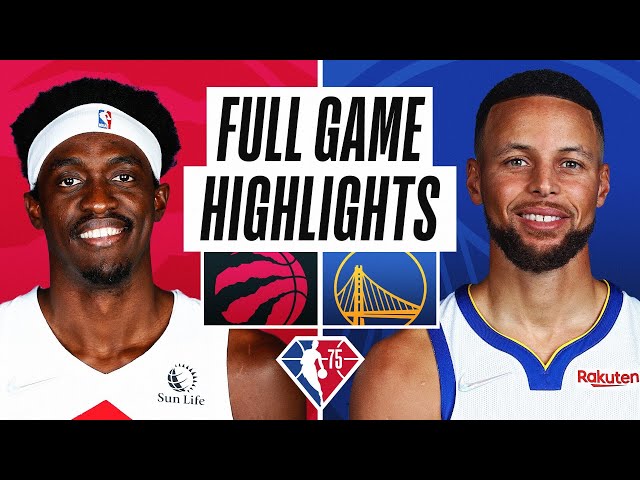 Stephen Curry is one of the favorites to win the NBA MVP this season. He’s averaging 28.4 points, 5.9 rebounds, 6.6 assists and 1.7 steals per game. Curry is really on a mission to prove that he’s still a great player and capable of winning another championship.

However, the Toronto Raptors managed to neutralize Curry in their matchup. Curry finished with just 12 points, but was able to dish out eight assists. The Raptors focused too much on the two-time NBA MVP, but he still managed to affect the game so much.

Curry is the most important player for the Golden State Warriors in every game this season. If he continues to score around his average, Golden State has a chance to beat the Philadelphia 76ers. And even if he gets locked down defensively, he will still find ways to make this team better.

The Philadelphia 76ers vs Golden State Warriors would have been an exciting game if the Sixers are fully healthy. Joel Embiid has yet to return from COVID-19, Tobias Harris is banged up and Ben Simmons has not suited up this season.

The Warriors are the best team in the NBA at the moment and it would be hard to see them lose this one. However, the Sixers are playing well despite the injury woes so an upset is not out of the picture.

Where to watch 76ers vs Warriors?

The Philadelphia 76ers vs Golden State Warriors game will be televised live on ESPN. It will also be available via live stream on the NBA League Pass. Local fans can watch the game at NBC Sports Philadelphia and NBC Sports Bay Area & California in San Francisco.

“I’m not scared of her at all”

T20 World Cup 2021: “His IPL performances forced his way into the starting XI over Richardson”

How different are the two blocks?