LeBron James and Anthony Davis‘ LA Lakers have had a rough start to the 2021-22 NBA season given the expectations put on the team before the campaign. Davis has been essential in several of the team’s eight wins in the NBA season so far, but he had a tough night against the reigning champion Milwaukee Bucks and last season’s Finals MVP, Giannis Antetokounmpo.

Davis had a good game for any player, putting up 18 points, nine rebounds and four assists, but he wasn’t really aggressive and took only 15 shots in 37 minutes. On the other hand, the other top power forward in the game, Antetokounmpo, went all out for his struggling team and scored 47 points and grabbed nine rebounds in the Bucks’ 109-102 win.

Of course, the LA Lakers (8-8) are missing LeBron James, and they stayed in the game long enough to give themselves a chance to win. However, that’s what puts Anthony Davis on the spot even more, as he was not aggressive enough to help the LA Lakers pull off a win to start their road trip in the East.

It was Anthony Davis’ lowest scoring effort in an LA Lakers loss this year (apart from the two points he scored against Portland on Nov. 6, when he played just seven minutes because of an illness).

Still, Anthony Davis is averaging 23.8 points and 10.8 rebounds in the 2021-22 regular season. He isn’t yet at the level he showed in his first year with the LA Lakers, but AD has definitely been essential for the team.

In this article, however, we will take a look at those games in which Anthony Davis has struggled to score with the LA Lakers since joining the team in 2019.

Without further ado, let us take a look.

Note: We will only take games in which he played more than 20 minutes. Seeding games from the 2020 NBA Bubble will not be taken into account as the LA Lakers were looking to catch rhythm at that stage, coming back from the lockdown.

In the first week of the 2020-21 NBA season, the LA Lakers were looking to establish themselves after the shortest time between the final game of a season and an opening night of the following season.

The defending champions started off the NBA season well, winning two of their first three games. However, on Dec. 28, 2020, the LA Lakers fell to the Portland Trail Blazers by eight points at home. 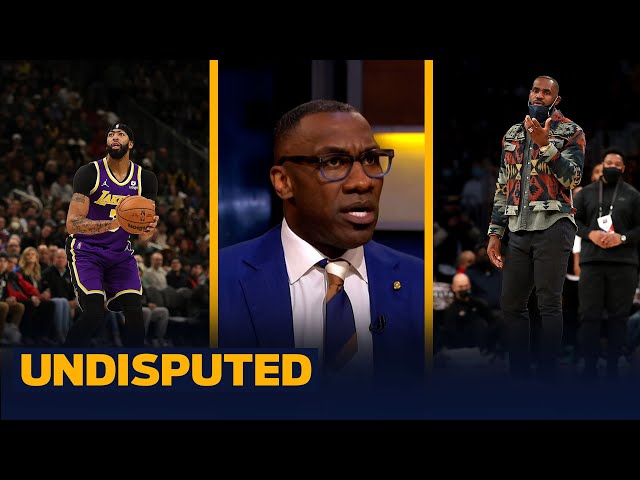 One of the reasons was Anthony Davis’ struggles, as the power forward scored just 13 points in 38 minutes. He attempted 14 field goals and converted only six, while attempting only two free throws and making one.

February 2021 was not easy for the LA Lakers, as injuries hit the team and hindered their run to possible back-to-back NBA titles. However, from Jan. 30 to Feb. 12, the team went on a seven-game winning streak.

Anthony Davis missed two of those games and had a difficult performance in one of those wins against the Denver Nuggets on Feb. 4. Although the LA Lakers won, the All-NBA power forward scored only 13 points in 33 minutes, but he attempted only eight shots and made five.

At that stage, Davis was already managing some physical struggles (right Achilles tendinosis), and in another game against the Nuggets on Feb. 14, he fell out with an injury and missed more than two months of the regular season.

What happened to Rob Gronkowski?

“I’d throw this guy out of the NFL”