The Sacramento Kings visit the Minnesota Timberwolves at Target Center on Wednesday as part of their four-game road trip. The Kings ended a four-game losing streak with a win over the Detroit Pistons, while the Timberwolves lost against the Phoenix Suns.

The Kings were struggling to get wins heading into Monday’s matchup against the Pistons, but they quickly found their rhythm on offense. Sacramento demolished the Pistons on the road to get the convincing 129-107 win. It was the Kings’ first win in five games.

Meanwhile, the Timberwolves have lost their second straight game and eighth of their last nine games. They kept the game close against the Suns, but they failed to convert in the clutch to force overtime or even win the game.

The Sacramento Kings ended a four-game losing streak with a win over the Detroit Pistons on Monday. The Kings were in the third game of a four-game road trip and made quick work of the Pistons.

It was a total team effort by the Kings, who had six players in double figures led by Buddy Hield with 22 points off the bench. Kings head coach Luke Walton was very pleased with his team’s performance and wants his players to build something from it.

“There’s a lot to love about this game. We had 32 assists, we played at our pace, and we kept building after our good start. When you are a professional athlete, it gets frustrating to lose a bunch of a games in a row, so now we don’t have that hanging over us,” Walton said. 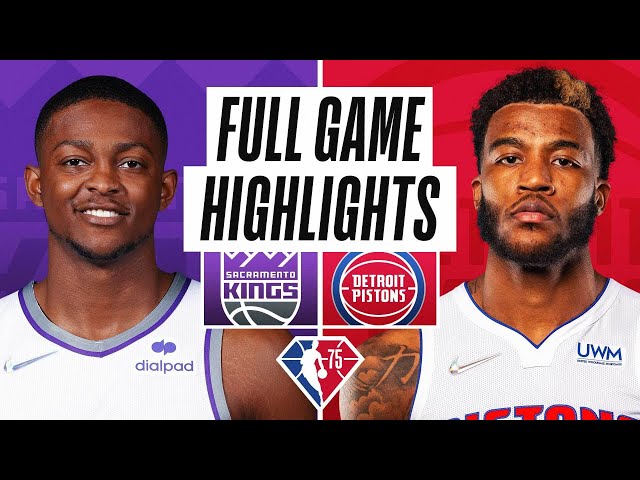 De’Aaron Fox is the franchise player for the Sacramento Kings. He’s been improving every year since his rookie season, but he seems to be struggling at the start of this season.

Fox is averaging just 19.8 points per game this season, down from his average of 25.2 points last year. He’s also shooting career lows of 41.1% from the field and 23.1% from beyond the arc.

It’s a pretty disappointing start to the season for Fox, who is in the first year of his rookie max deal. If the Kings want to beat the Minnesota Timberwolves, Fox has to get out of his slump or at least become more efficient.

After an impressive blowout win over the LA Lakers last Friday, the Minnesota Timberwolves have lost two games in a row and eight of their last nine games. They kept the game close against the Phoenix Suns, but they were not able to hit a shot in the final seconds of the game.

Karl-Anthony Towns led the team with a huge performance of 35 points and 13 rebounds. Despite the loss, Towns was happy with their energy in the game and the fact that they did not quit until the final buzzer.

“There’s a lot to be proud of tonight. Obviously, it’s disappointing. We didn’t come out with the win. I’ll be the first one to come out here and say it, but I’m very happy with the energy, the effort and tenacity we played with,” Towns said. 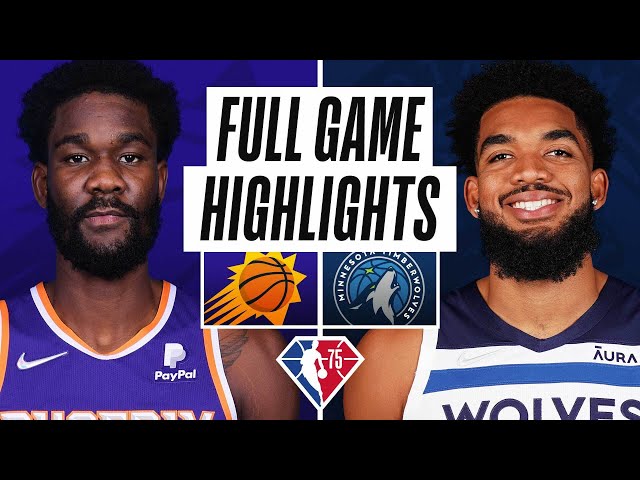 Anthony Edwards is not in a sophomore slump with the Minnesota Timberwolves. The 2021 first overall pick is averaging 22.9 points, 6.8 rebounds, 3.5 assists and 1.4 steals per game. However, Edwards has to be more consistent if he wants his team to win more games.

If Edwards can be more of a consistent scorer, the Minnesota Timberwolves are going to be a really good team. Karl-Anthony Towns barely has an off night, so Edwards has to pick up his game, especially against the Sacramento Kings.

The Sacramento Kings vs Minnesota Timberwolves is going to be a fun game to watch. The Kings are back in the win column and would want to go on a winning streak. Meanwhile, the Timberwolves are on a losing streak again, two games after blowing out the LA Lakers at Staples Center. The Timberwolves have homecourt advantage, but it could go either way.

Where to watch Kings vs Timberwolves?

The Sacramento Kings vs Minnesota Timberwolves game will be streamed live on the NBA League Pass. Local fans can watch the game on NBC Sports Bay Area & California in Sacramento and Bally Sports North in Minnesota.

India vs New Zealand 2021: "Keeping one particular spot in mind is not the way forward"

Cameron Norrie believes there is "no real game plan" to use against Novak Djokovic, says the Serb would be a "nightmare" to play against

Cleveland Cavaliers star Collin Sexton ruled out for the rest of the NBA season; Here’s what we know so far

5 of the best one-round fights in UFC history