In what proved to be a Fight of the Year contender, Michael Chandler and Justin Gaethje slugged it out in an absolute classic at Madison Square Garden. We were all expecting this to be absolutely tremendous and, in the end, that’s exactly what it proved to be.

This fan angle of the Gaethje vs Chandler fight 😍

This fan angle of the Gaethje vs Chandler fight 😍 https://t.co/OGDOJoBIL1

Justin Gaethje was the man who secured the unanimous decision win. Ultimately, Michael Chandler also proved why he’s considered one of the top five lightweights on the planet.

One man who was watching very closely was none other than UFC bantamweight Sean O’Malley.

You can check out Sean O’Malley’s thoughts on the fight here: 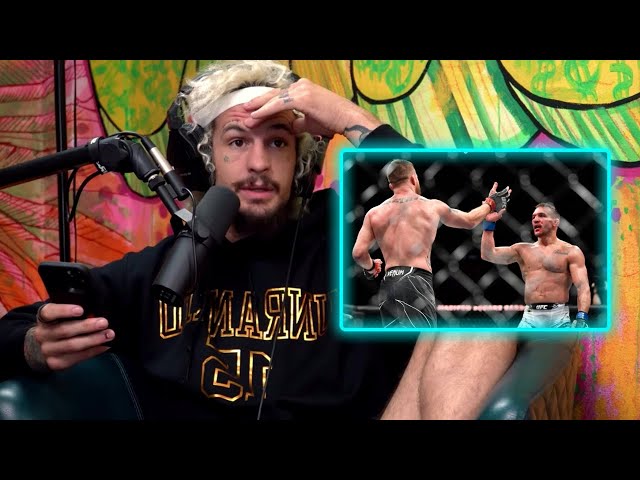 “They’ve both got chins, dude, made of granite. Chandler was throwing some nice three-twos, boom boom, Gaethje was countering nice. Chandler fought Gaethje’s fight. If you guys brawl like that, Gaethje is gonna win,” O’Malley said.

Sean O’Malley works on a slightly different curve. Whenever he gets into wars, he’s the one dictating the pace 90% of the time. In this instance, however, both Justin Gaethje and Michael Chandler threw everything they had at each other. It’s a miracle they went all the way to the judges’ scorecards.

What’s next for Justin Gaethje?

Justin Gaethje was the man who had his hand raised at the end of the night. Chandler fought him close but, now that he’s gone 1-2 in the UFC, he’s expected to go after another top contender as opposed to edging towards another title shot.

Justin Gaethje, on the other hand, may well have vaulted himself into contention for a shot at the UFC lightweight title. He came up short in his attempt to dethrone Khabib Nurmagomedov last year but this time around, he’ll meet either Charles Oliveira or Dustin Poirier.

Both of those contests will be viewed as winnable by Justin Gaethje but, at 155 pounds, you just never know.

Either way, Sean O’Malley was right on the money when saying these two absolute warriors have chins made of granite.

5 UFC stars who had their iron chins cracked

Why Eric Bailly and not Harry Maguire,should be Manchester United’s regular centre-back