Former Pakistani speedster Shoaib Akhtar has backed New Zealand to beat England in the first semi-final of the ongoing T20 World Cup 2021. The 46-year-old feels that Kane Williamson’s side will be looking for revenge against the Three Lions and could upset them today.

The last time these two sides met at an ICC event was in the final of the ODI World Cup in 2019. Though the match and the concurrent Super Over ended in a draw, the Eoin Morgan-led side were crowned champions on their boundary count.

While previewing the high-octane encounter, Shoaib Akhtar posted a video on his official YouTube channel and extended his support to the Kiwi unit. You can watch his video below: 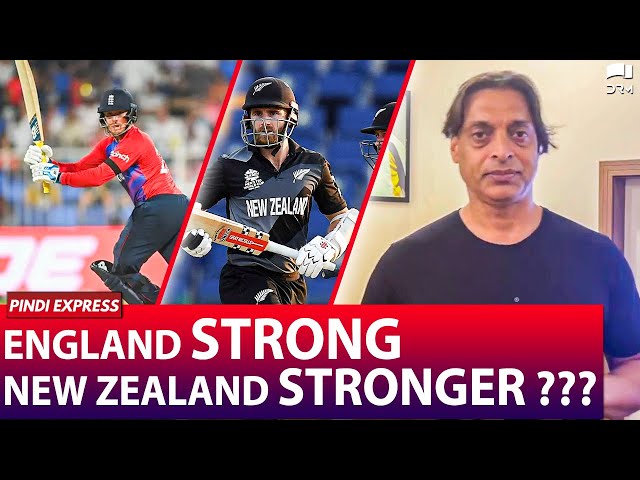 The former Pakistani veteran feels New Zealand can upset the English side today. While mentioning that the Black Caps will be wanting to erase the ‘bad memory’ of the 50-over World Cup final of 2019, Akhtar said:

“Today is the chance for New Zealand to settle the score and take revenge against England. If you ask me, if I want New Zealand to win in the semi-final. And this is the team that can upset England. This Kiwi team will be hurt and want to erase that bad memory against this Eoin Morgan’s side.”

The 46-year-old also warned England to be wary of the New Zealand challenge and opined that a bad day can haunt the former. While tagging the Kiwis as the favorites, Akhtar mentioned:

“Yes, England have Buttler, Bairstow, Morgan, Malan, Livingston and others. But if there’s a team who can beat this side… it’s New Zealand. The law of averages says that a bad day always haunts a team and England might experience that day today. Let’s see that, but if you ask me New Zealand looks to be the favorites.”

England and New Zealand have faced each other in 21 T20Is, with the current world champions leading the head-to-head 21-7 with one match ending in a tie. In the last five matches between the two teams, England have won three.

We have anger against New Zealand but they deserve another chance to be in the finals: Shoaib Akhtar

The former cricketer-turned-expert also said that many in Pakistan are still angry about New Zealand for canceling their tour to Pakistan in September this year. However, Akhtar also recalled the Kiwis’ misfortunes of always finding themselves in the knockout stages but never winning a major ICC event.

The New Zealand cricket team abandoned their white-ball tour to Pakistan earlier this year, citing a security threat, which the host board asserted did not exist. The move left a sour taste in the mouths of all Pakistani cricket fans and the PCB.

Speaking about the cancelation of the tour, Akhtar said:

“Yes, we (Pakistan) have that anger against New Zealand because of canceling their tour with us. After that, we beat them and settled the score against them. But they are the only team who always carry bad luck and reach semi-finals and finals but never cross the border line. So somewhere I feel that New Zealand deserves another chance in getting into the finals.”

“I take full responsibility for people who felt misled”