Arash Markazi uploaded a picture of White watching Canelo vs. Plant on a screen while Rose Namajunas and Zhang Weili were competing for the strawweight title in the co-main event of UFC 268 at Madison Square Garden. The fight was being telecast at the same time as the UFC pay-per-view event.

Coming into the fight, Plant was undefeated, with an impressive record of 21-0.

With the win, Alvarez extended his professional boxing record to 57-1-2.

Justin Gaethje and Michael Chandler stole the show at UFC 268

The main card for UFC 268 started with a highly anticipated matchup between Michael Chandler and Justin Gaethje. The two lightweights came out all guns blazing and delivered an instant classic for the fans present at Madison Square Garden in New York.

The fight managed to last the full allotted time of 15 minutes, with ‘The Highlight’ emerging victorious at the end via unanimous decision.

In his post-fight interview with Joe Rogan, Gaethje asked to fight the winner of the Charles Oliveira vs. Dustin Poirier lightweight title contest.

“The winner of December, I will be f****g stepping in there and I will be pushing you everywhere and anywhere. Hopefully, it’s [Charles] Oliveira in Brazil or [Dustin] Poirier down in Louisiana, I don’t give a f**k… I am ranked number two, I just had an impressive win, of course. Absolutely. Who else? DC [Daniel Cormier] ain’t out here so I’m the only motherf****r left,” said Justin Gaethje. 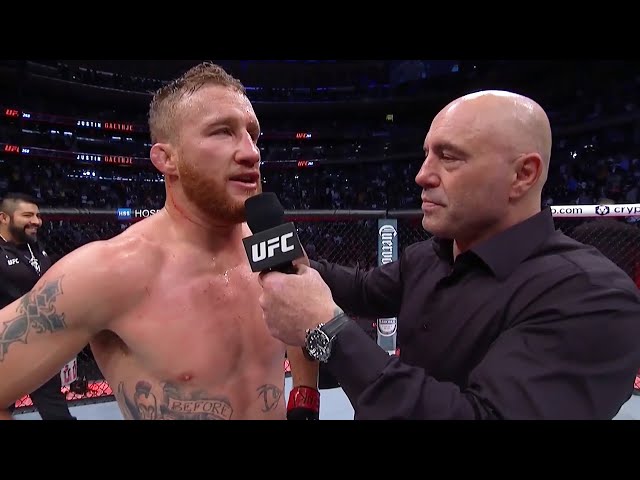 Both fighters were transported to the hospital after the fight and will not be available at the UFC 268 post-event press conference.

New Horizons Update 2.0 adds a bizarre glitch to the game