Aaron Rodgers is on SNL, but not as a host like when he was a guest host on Jeopardy! earlier this summer. Instead, SNL star Pete Davidson played Rodgers in the cold open. Saturday Night Live took aim at Aaron Rodgers after the Green Bay Packers QB was in the news recently for his COVID-19 vaccination status. 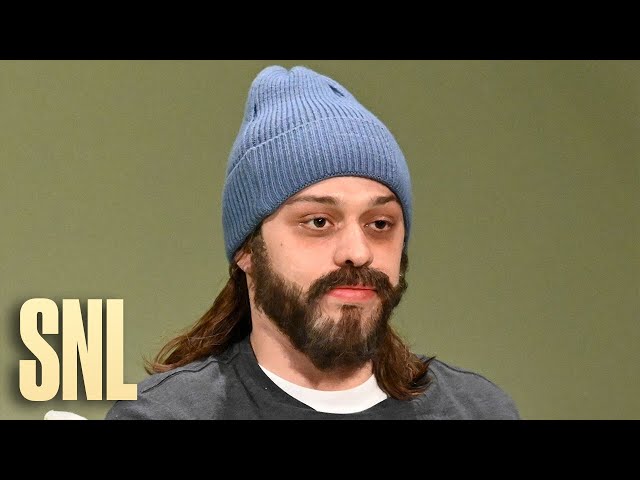 Strong then referenced the accusations that Aaron Rodgers lied about his vaccination status. Pete Davidson, in character, replied, “I never lied. I took all my teammates into a huddle, got all their faces 3 inches away from my wet mouth and told them, ‘Trust me, I’m more or less immunized. Go team!’” Davidson then went on to say, “people can talk all they want, but at the end of the day, my record is still 7-1, meaning of the eight people I’ve infected, seven are fine.”

Boy I did NOT have Pete Davidson as Aaron Rodgers to open @nbcsnl on my 2021 bingo card but they understood the assignment https://t.co/aSx73Ai27x

It’s been a busy week for Aaron Rodgers off the field after he tested positive for COVID-19. From being placed on the COVID reserve list, effectively missing Sunday’s game against the Kansas City Chiefs, to appearing on The Pat McAfee Show and blasting naysayers, the “woke mob,” and the NFL’s COVID protocol.

On the field, the Green Bay Packers sit atop the NFC north at 7-1 and are in the middle of a three-team race with the Arizona Cardinals and the Los Angeles Rams for the top seed in the NFC. The reigning league MVP is still playing at an MVP level with 17 touchdown passes against 3 interceptions. Aaron Rodgers’s absence from the superstar showdown against QB Patrick Mahomes and the Chiefs will be a huge letdown for football fans everywhere. The Packers roll into this game with QB Jordan Love to start and signed Blake Bortles as his backup.

If his COVID tests return negative before Week 10’s games, Rodgers should be back in the lineup to face the Seattle Seahawks, who might welcome back star QB Russell Wilson as well.

Released WWE Superstars were NOT told to get vaccinated