Stipe Miocic has revealed that he brought Chris Barnett in to help him prepare to take on former rival Daniel Cormier.

The heavyweight division in the UFC is starting to look as electric as it has done in a long time. From title contenders to rising prospects coming up through ranks, there’s a lot to get excited about.

Stipe Miocic, who we haven’t seen inside the octagon in a while, is one man who has been there and done it all in the promotion over the course of his mixed martial arts career.

That includes, as it turns out, training with viral sensation Chris Barnett. The veteran fighter landed an insane wheel kick against Gian Villante in his last win and Stipe Miocic knows a thing or two about what it’s like to be stood across from him. During an appearance on The MMA Hour, Miocic said:

“That was the hardest fight I’ve ever had to watch [Chris Barnett vs. Gian Villante]. One, Gian is like my best friend, two, I’ve trained with Chris Barnett and he is the awesomest guy ever. I wanted him to have his moment but it was so hard like, God dude, you’re fighting my best friend but you’re the greatest dude ever. His personality, it’s awesome. Just a good dude.

“I trained with him for the DC fights, I believe. Three or four times I believe. He’s awesome.”

Catch Stipe Miocic’s appearance on The MMA Hour below: 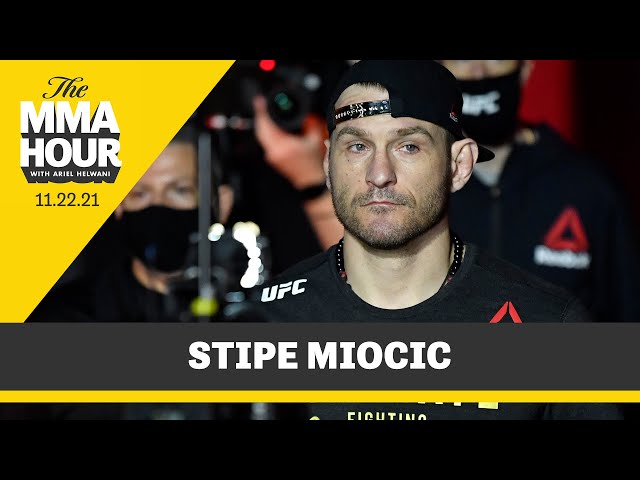 What’s next for Stipe Miocic?

It’s been eight months since Stipe Miocic was knocked out by Francis Ngannou in their UFC heavyweight title rematch. Ever since then, questions have been asked of Stipe and what he’s going to do next in his MMA career.

It’s still quite up in the air but as per the man himself, he wants the championship back and he’ll do whatever it takes to get there.

A trilogy showdown with Francis Ngannou would likely be the best route to get back there. However, if Ciryl Gane gets the job done at UFC 270, that may be the direction the UFC goes in.