T20 World Cup 2021: “Semi-final qualification should be based on how you beat the top teams, not on massive victories over weaker teams”

Deep Dasgupta has called for sweeping changes in the current procedure for how the teams qualify for the semi-finals after Super 12 in the T20 World Cup. He opined that the ICC should look to include a quarter-final stage after Super 12 to give decent teams a fair chance to advance to the next stage.

Deep Dasgupta was clearly not impressed with the 2021 World Cup format. Some teams were eliminated even after performing admirably just because of the net run-rate basis. Speaking in a video on his YouTube channel, Deep Dasgupta suggested a few changes to the current World Cup qualification and said:

“I think the qualification procedure should be based on how you beat the top teams and not how badly you beat the lower-ranked or weaker teams. For that, have Super 12 as it is but let three teams qualify, and then another round should be there, which could be like a quarterfinals.”

“Let the top two teams reach Semi-final directly. And the next two teams can play the quarter-final like match. This round will only take two additional days, which I think is affordable. The thought behind this is that you will not be out of the tournament just because you lost one match.” 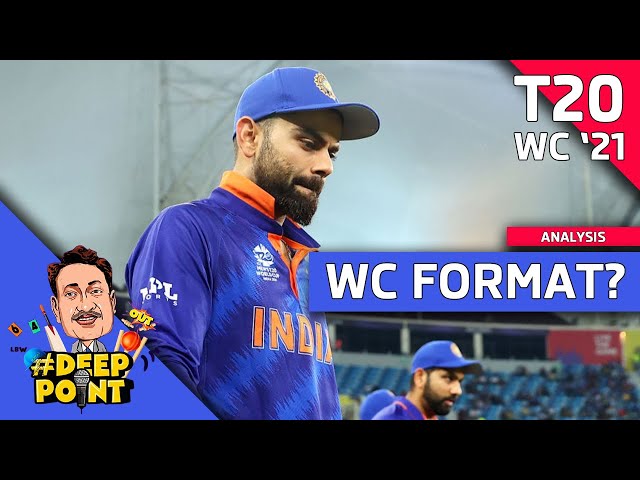 In group 1 of the Super 12 – England, Australia, and South Africa have all won four games apiece out of five matches and had eight points in the end. But England and Australia advanced to the semifinals due to their superior net run rate. South Africa were extremely unlucky as they had to exit the tournament even after performing well.

England will now face New Zealand in the first semi-final of the 2021 World Cup on November 10. Pakistan will square off against the Australian side in the second semis on November 11. The winners of these matches will then collide on November 14 to determine the T20 World Champions in the title match.

Q. Do you agree with Deep Dasgupta’s point of view?

T20 World Cup 2021: "They should have taken some rest before the World Cup"