On his podcast the Fight, Atlas and co-host Ken Rideout dubbed ‘Showtime’ the gatekeeper of the welterweight division. While some may use the term as a negative, Atlas uses it as a compliment. In essence, if you want to prove you’re among the welterweight elite, you have to get through Porter.

“He [Shawn Porter] is going to be the guy that is going to help tell us, if Terrance Crawford is the real deal. It’s nice to see Porter step outside the musical chairs of the PBC, where he obviously tests everyone he fights. He’s obviously got the two losses, to Keith Thurman and Errol Spence.”

Atlas expanded on the idea, saying he believes we’ll learn what Crawford is made of during his Porter showdown. Atlas even has a different title for Porter, dubbing him the ‘Troll’ at 147-pounds:

“But look, Porter, again, the term gatekeeper is good. But I’ll give him another title, where he is the ‘troll under the bridge’, where when you try to go over the welterweight bridge to the next place, that troll is Porter that you have to worry about.. It’s not always pretty, but he brings it.”

Watch Teddy Atlas in conversation with co-host Ken Rideout below: 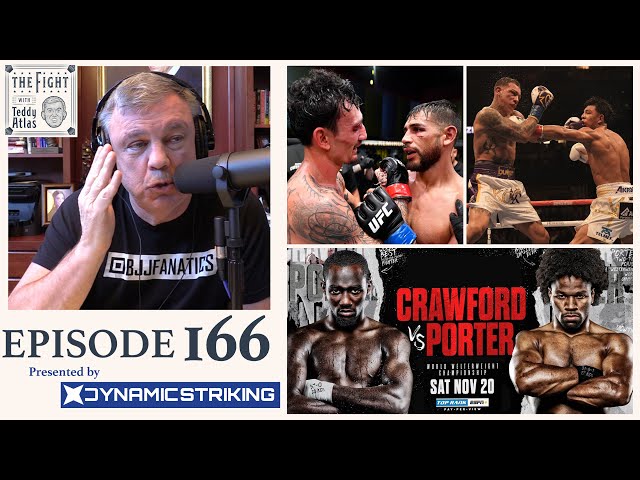 Shawn Porter defeated Sebastian Formella in August 2020 to earn his latest title opportunity. Prior to the Formella bout, Porter was involved in a classic against Errol Spence Jr. in 2019.

Terence Crawford is in the unique position of being one of the pound-for-pound boxing greats without a signature win. It’s a testament to how dominant he’s been vs. the likes of Kell Brook, Amir Khan and others.

The bout with Shawn Porter is expected to be the biggest challenge of Crawford’s career. While Porter is still a massive underdog, many believe, like Atlas, that Porter will give Crawford all he can handle on Saturday.

A win over Shawn Porter will make the top pound-for-pound discussions heat up.

How to level up your battle pass in Halo Infinite