“That motherf**ker is out for blood every night”

Giannis Antetokounmpo and the Milwaukee Bucks have not had a bright start to the 2021-22 NBA season, but they cannot be written off just yet. More to the point, Stephen Curry is the favorite to win the MVP title and Antetokounmpo is still some way off the top contenders.

JJ Reddick and Tommy Alter came together once again on “The Old Man and The Three” to talk about the current MVP race. While Curry and Durant are deservedly the frontrunners, Reddick was particular about the Chicago Bulls’ DeMar DeRozan not being included in the conversation, and Giannis Antetokounmpo not being paid as much attention to.

“I kinda like this Giannis play, man. Giannis, I looked up his numbers today, he had 47 last night. He’s not being talked about. He’s having as good a season as he’s ever had.”

After listing out the struggles that he feels are affecting the Bucks, he added:

“I’d say let’s give it another 35 or 50 games before we start having a serious discussion. But in the first 14 or 15 games, let’s acknowledge that DeMar DeRozan is worthy of a top-five MVP discussion.”

As a follow-up, Tommy asked if the Bucks’ struggles so far are as a result of health concerns or because they were undergoing a post-finals hangover, and Reddick had this to say:

“There’s definitely not a post-finals hangover with Giannis, cos that motherf**ker is out for blood every night.” 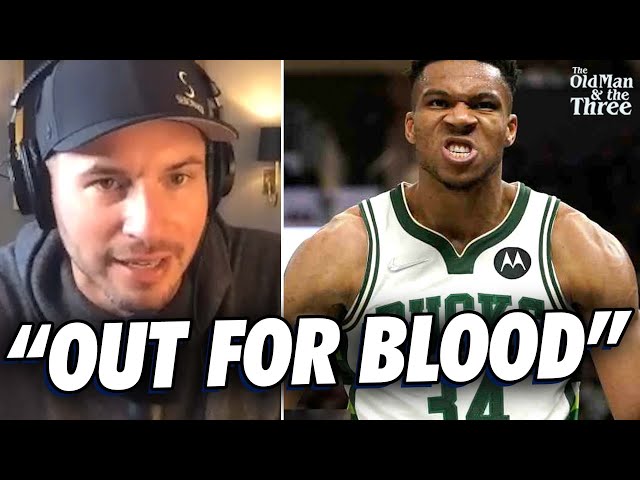 Understandably, the Bucks will be a bit slow, considering that they have had the least number of days to rest among every team in the league. However, Giannis Antetokounmpo does not look tired.

How well has Giannis Antetokounmpo performed for the Milwaukee Bucks so far this season?

Although the MVP chants have not been ringing loud enough through arenas, Giannis Antetokounmpo is having a stellar season. Although the Bucks are 10th in the Eastern Conference standings, it is not because of a lack of scoring from Giannis. The Greek Freak already has two 40-point games and is averaging 27.5 points, 11.7 rebounds, and 5.9 assists.

Giannis Antetokounmpo reaches a sprint speed of 16.1 mph to break up the alley-oop and help seal the @Bucks win, tracked by #NBACourtOptix powered by Microsoft Azure!

Giannis Antetokounmpo reaches a sprint speed of 16.1 mph to break up the alley-oop and help seal the @Bucks win, tracked by #NBACourtOptix powered by Microsoft Azure! https://t.co/vYCXn69ZPe

As stated earlier, the Bucks have had several of their key players unavailable. Giannis Antetokounmpo, Jrue Holiday, and Khris Middleton have only played in three games together, and they have won all three.

Giannis Antetokounmpo is already a two-time MVP and could get his third if he plays with the same intensity and hopes that Steph cools off. Regardless, he stands a good chance because of his effort on both ends of the floor.

So far this season, the Bucks do not look like they could contend for the championship. The same could be said about how they went about their business in the 2020-21 regular season, but we all know how that turned out.