Pokemon GO trainers who like dropping tons of damage are probably fans of Dragon-type attacks.

Although some Dragon-types have nice defensive utility (Giratina Altered, for example), the one thing most of them have in common is enormously high damage output. Very few Pokemon can take hits from juggernauts like Dialga, Dragonite, and Salamence. To get the most out of these Pokemon, though, trainers need to equip them with the right weapons.

Which moves should Dragon-type Pokemon be using?

This move is practically unusable. Having only a 45 energy cost is nice, but not for only a base 45 power move. It could be used to bait shields in PvP, but smart opponents can simply take the hit and save their shields.

For as poor a move as Twister is, Dragon Claw is only slightly better. The increase of 5 base power is a benefit that barely matters. One considerable difference, though, is that this move only costs 35 energy in PvP. This means Pokemon can have this move charged up after only four Dragon Tails. If a Dragon-type needs any shield bait move, it should be this.

For the price of 50 energy (60 energy in PvP), Dragon Pulse has a pretty good value. The issue is that, save opposing Dragon-types, this move hits nothing for super effective damage. If a Pokemon is going to hit for neutral damage, it’s going to need to be something that hits harder than this. 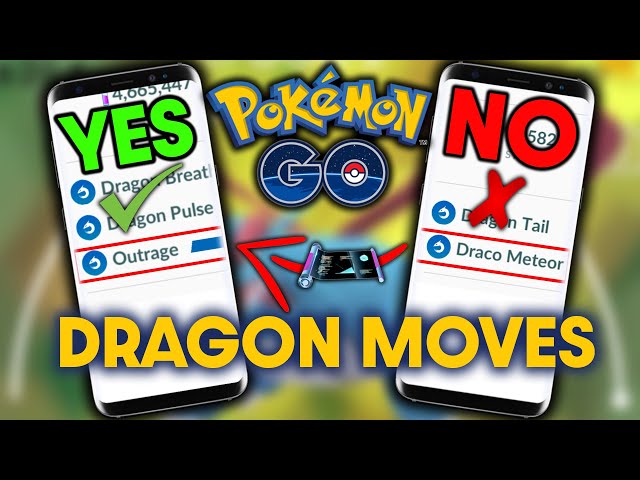 While it isn’t the “most powerful,” Outrage is probably the best Dragon-type move a Pokemon could have. This is because it only requires 50 energy in PvE. Therefore, Dragon-types who are great in Raids get more mileage out of this move, because they can likely use it twice in a match, whereas they can only fit in one Draco Meteor usually.

This move comes with a high energy cost, but it’s worth it for the damage output. The strongest Dragon-types who don’t have access to Outrage run this move just for the power. It’s less useful in PvP since it takes up the entire energy bar, but it can end Raid battles in a very short time.

Note: The article reflects the views of the writer.