UFC News: Chael Sonnen explains why Michael Chandler calling out Conor McGregor ‘made all the sense in the world’

Sonnen chimed in with his thoughts after McGregor and Chandler seemingly agreed to fight each other in the future. In a video uploaded to his YouTube channel, Sonnen said:

“Of course, you’d call him (Conor McGregor) out when nobody else is calling him out. Of course, you’d call him out when he doesn’t have a contract or a date. Of course, you do. It made all the sense in the world after [Michael] Chandler did it. But it does make me have to ask the next question – a tough one – which is, ‘Is this what Michael Chandler does now?’ Interesting fights, fun fights, (but) not contendership or championship fights. I don’t know that, just because he called out Conor McGregor, we have enough information to get to any conclusion there.”

Although Sonnen is on board with a potential McGregor-Chandler matchup, he said he’s concerned about the former Bellator champ’s career direction. ‘The American Gangster’ added that Chandler might be prioritizing “fun fights” over important ones.

Despite being 1-2 in the UFC, Chandler proved he belongs in the elite class of the UFC 155-pound division. His losses came against reigning champ Charles Oliveira and No.2-ranked lightweight Justin Gaethje. 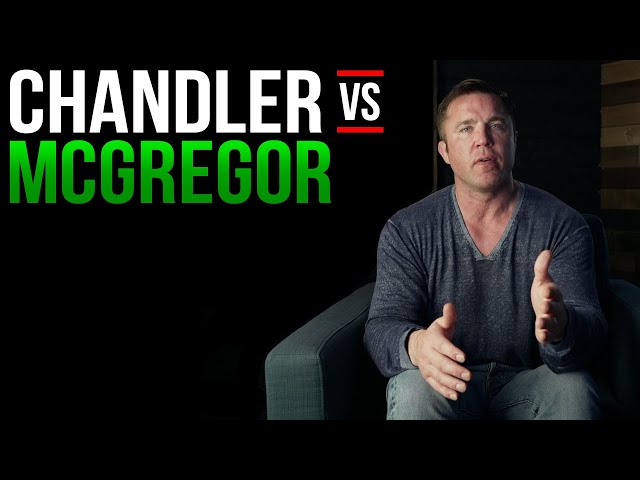 Conor McGregor vs. Michael Chandler in 2022?

Conor McGregor appears to approve of Michael Chandler as his next opponent. After putting on a Fight of the Year candidate with Justin Gaethje at UFC 268, Chandler hinted at his future plans by posting a photo of himself facing off with the Irishman.

Not long after, McGregor replied to the post in what appeared to be his way of accepting Chandler’s challenge. The former UFC two-division champion wrote:

“I’m down at some stage for sure. Great fight the other night Mike, congrats!”

McGregor has just started training after a successful recovery from his gruesome injury at UFC 264. Based on his social media posts, ‘The Notorious’ is beginning to prepare for a potential 2022 return to the octagon.

“Steph Curry has done something so uniquely different in our league”