Snoop Dogg hasn’t always been a fan of Conor McGregor, but it seems like the rapper respects the UFC superstar’s ability to make money.

As a guest on ‘The Joe Rogan Experience’, Snoop Dogg talked about McGregor’s business acumen and likened the Irishman to the likes of Tom Brady and LeBron James. The 50-year-old rap legend said:

“Look at how Conor McGregor took his UFC s*** and started branding and making money here and there… He’s probably like one of the only ones. You don’t see a lot. You know what I’m saying, it’s like Tom Brady, he’s a one-of-one. There’s only one-of-one, LeBron James, he’s a one-of-one. But that creates an atmosphere to where some can follow. You probably won’t be as high as him but you’ll be in the same realm.”

McGregor, of course, landed at the top of Forbes’ list of the highest-paid athletes of 2021. The richest MMA fighter in history, McGregor reportedly made $180 million this year before his trilogy bout with Dustin Poirier at UFC 264.

However, most of the Irishman’s earnings did not come from fighting in the cage. McGregor raked in an astounding $158 million from selling his stake in his whiskey company, Proper No. Twelve.

Like ‘The Notorious’ one, Snoop Dogg also knows a thing or two about making millions of dollars. The California native is among the wealthiest rappers in the world with a net worth of $150 million.

Former two-division champion Conor McGregor boxed Floyd Mayweather Jr. on August 26, 2017, in one of the most lucrative fights of all time. Needless to say, Snoop Dogg rooted hard for his fellow American.

Although McGregor held his own against the boxing icon, Mayweather proved to be too much for the octagon star. ‘Money’ overwhelmed McGregor in the 10th round to secure the TKO victory.

After the fight, the rapper posted a video of himself talking trash to McGregor along with several memes to mock the Irishman. 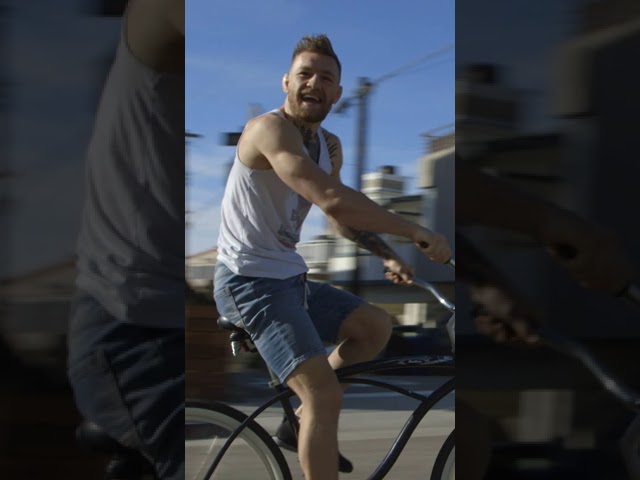 It appears that there are no hard feelings on McGregor’s part though. The former champ-champ was even seen doing his best Snoop Dogg impression while riding his bike earlier this year.