Vasiliy Lomachenko may be set to fight this Saturday night against Richard Commey, but he’s taken aim at a different foe on fight week. ‘Hi-Tech’ has now called out Gervonta Davis and his promoter Floyd Mayweather for what he perceives to be fighting lesser competition.

Lomachenko said he was open to fighting Davis, and has been for some time. However, he believes the main holdup lies in the fact that it’s just ‘boxing politics’. Speaking to reporters during a fight week scrum, Lomachenko said regarding a potential Davis bout:

“I always said, I open to the fight. But you know, boxing politics, we have different promoters, Mayweather everytime says ‘we have our way, forget about us. We make money.'”

Furthermore, Lomacheko pointed out that Davis and Mayweather likely won’t want the fight. When asked why his name hasn’t been brought up by Davis as a potential fight, ‘Hi-Tech simply said:

“Because, they know I have real skill.”

Gervonta Davis is currently coming off a unanimous decision victory over Isaac Cruz earlier this month. Despite Davis picking up the victory, many fans and pundits thought the upset-minded Cruz had done enough to pick up the victory. 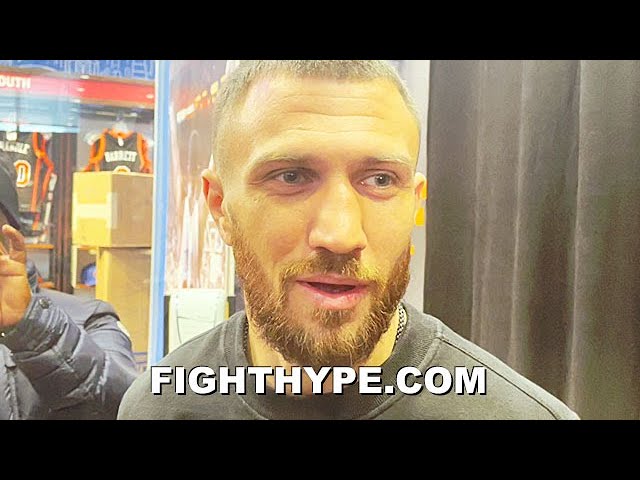 Vasily Lomachenko is fighting Richard Commey, and the winner could be set-up for a huge fight next

Vasily Lomachenko is currently set to fight former IBF champion Richard Commey this Saturday. While there’s no meaningful title on the line in the bout, the winner could soon be in line for a shot at newly crowned unified champion George Kambosos.

Kambosos recently captured the unified lightweight titles in an upset split decision win over then-champion Teofimo Lopez. He currently doesn’t have his first title defense lined up, but he’s looking to return to the ring soon, having jokingly mentioned that he was ready to jump back into competition only one week after winning the titles.

With Kambosos looking for his next opponent, there’s going to be few options better than the winner of the Lomachenko vs. Commey bout. Both men are former champions and are coming off a knockout win heading into their ESPN showdown Saturday night.

While nothing is set in stone, it’s possible that the winner of the fight could be next in line for the Australian champion.

Chamber vs Omen in Valorant