Team India head coach Rahul Dravid was seen rolling his arm over in the nets ahead of the first Test between the hosts and New Zealand at the Green Park in Kanpur on Thursday.

Dravid had a successful start to his stint as full-time Team India coach as the Rohit Sharma-led squad thumped New Zealand 3-0 in the three-match T20I series.

Following the win, Dravid asked the team to be ‘realistic’ about the result as the Kiwis had arrived in India immediately after playing the T20 World Cup 2021.

On Wednesday, the social media handles of BCCI shared a video of Dravid bowling during Team India’s practice session. The cricket board shared the clip with the caption:

“Some right-arm off-spin anyone? That moment when #TeamIndia Head Coach Rahul Dravid rolled his arm over in the nets. #INDvNZ”

Ajinkya Rahane will be leading the team in the first Test in the absence of Virat Kohli, who has been rested.

Cheteshwar Pujara, who took over the No. 3 slot in the Indian Test team following Dravid’s retirement, will be Rahane’s deputy for the Kanpur match.

Dravid’s only Test wicket came against West Indies at St John’s in May 2002. In one of the rare instances when all 11 bowlers bowled in an innings, Dravid dismissed Ridley Jacobs, caught by VVS Laxman for 118, in West Indies’ first innings.

The legendary cricketer ended with figures of 1 for 18 from nine overs in a drab draw. 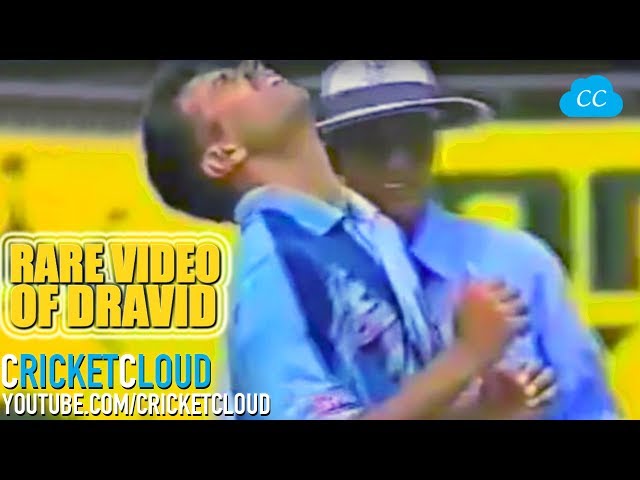 In ODIs, Dravid’s best of 2 for 43 came in the Kochi ODI in March 2000 against South Africa. Dravid got the wicket of Gary Kirsten for 115 and dismissed Lance Klusener caught and bowled for a duck. India chased down 302 to win the match by three wickets.

India vs New Zealand 2021: “Good to see Virat, Rohit and Dravid back players like Rahane”

How different are the two blocks?