The MMA community is aware of Halle Berry’s affection towards MMA. The same was noticeable when Berry embraced women’s bantamweight and featherweight champion Amanda Nunes backstage at UFC 232.

The 55-year old actress is fond of the sport of mixed martial arts and regularly shows her support for the fighters.

During this light-hearted moment, Amanda Nunes can be heard saying:

“Thank you for coming, I appreciate it! Thank you!…”

UFC 232 saw Amanda Nunes pull off a huge upset against former women’s featherweight champion Cris Cyborg. ‘The Lioness’ knocked out Cyborg in the first round after a scintillating performance and became the first ever women’s two-division champion in the UFC.

Watch the finish below:

Halle Berry was also present to oversee the ceremonial weigh-in and staredown between Rose Namajunas and Zhang Weili before UFC 268.

Halle Berry’s new MMA-themed movie ‘Bruised’ is set to be released on Netflix on November 24th, 2021. The Academy Award-winning actress will make her directorial debut in the film.

Halle Berry is a knockout at the LA premiere of her directorial debut, BRUISED

Halle Berry is a knockout at the LA premiere of her directorial debut, BRUISED https://t.co/5D8ev1WpDd

In an interview with ESPN MMA, Halle Berry revealed that her favorite fighter on the UFC roster is women’s flyweight champion and Amanda Nunes’ arch-rival, Valentina Shevchenko.

Berry was present at UFC 268 when she spoke about her upcoming movie as well as her love for MMA. When asked to make her pick for UFC 268’s co-main event between Rose Namajunas and Zhang Weili, Halle Berry said:

“I can’t [pick one]. I love the ladies too much! The only person I’m ever gonna root for, undisputedly, is Valentina Shevchenko. She was my fight partner in ‘Bruised’, she’s become my sweetheart, I’ll always root for her…”

Watch the interview below: 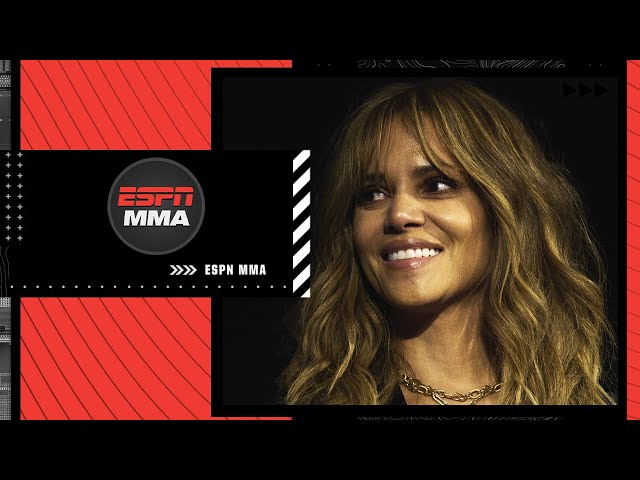 ‘Bullet’ also attended the premiere of ‘Bruised’ and will also feature as a cast member in the Netflix film.

“I will walk away now”