Who are Kieran Culkin’s siblings? All about his family as ‘Succession’ star looks back at childhood debut on SNL

Succession star Kieran Culkin recently returned to host Saturday Night Live, 30 years after debuting as a child actor alongside his brother, Macaulay Culkin. During his opening monologue, the actor recalled his childhood experience on SNL:

“I have been on this very stage. I was on an episode of SNL back when my brother Mac hosted 30 years ago. I was 9 years old, I got to be in three sketches — two of which are non-problematic. And at the end of the show, I got to be on the stage for the good nights.”

The 39-year-old went on to share a glimpse of his old SNL appearance with the audience and said:

“So, there’s my brother and the cast is lifting him up on their shoulders. … My brother’s up there, he’s got his arm up all victorious and I’m down there on the ground like, ‘Me, I want uppies!’ So, check out what I do next. I asked Kevin Nealon to pick me up! He goes, ‘Yeah, okay, sure.'”

30 years ago! Here’s Kieran and Macaulay Culkin on SNL back in 1991

30 years ago! Here’s Kieran and Macaulay Culkin on SNL back in 1991 https://t.co/tLvcsWcyry

The actor also shared an anecdote from his SNL debut about his hilarious behind-the-scenes encounter with comedian Kevin Nealon:

“I remember, during rehearsal day, being on the stage, and I was with my mom. Kevin Nealon walks by and she grabs him and she goes, ‘Oh, hey, you’re great. By the way, you’re my son’s favorite!’ And I went, Mom! I told you, he’s my second favorite. Dana Carvey is my favorite.”

Kieran Culkin was just nine years old when he appeared on SNL for the first time. In his latest appearance on the show, Culkin was accompanied by Ed Sheeran.

A look into Kieran Culkin’s family

Kieran Culkin was born to Kit Culkin and Patricia Brentrup on September 30, 1982. He grew up with his six siblings: Shane, Dakota, Macaulay, Quinn, Christian, and Rory. The Golden Globe nominee has been estranged from his father since his parents parted ways in 1995.

Although all seven Culkin siblings were raised as performers, only Kieran, Macaulay, and Rory ventured into mainstream acting. Macaulay rose to fame as a child actor with his appearance in the Home Alone franchise and became one of the most successful child artists of the 90s.

He also appeared in films like The Good Son, The Nutcracker, Richie Rich, and The Party Monster. He even starred on shows like Will & Grace and American Horror Story Double Feature. 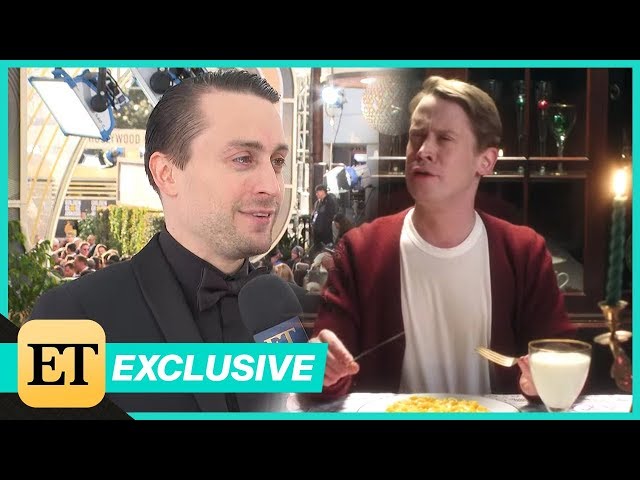 Kieran’s youngest brother Rory is known for his roles in Scream 4, Lord of Chaos, Signs, Columbus and You Can Count on Me. Their sister Dakota passed away in 2008 due to a tragic car accident. She was just 29 at the time of her passing. Not much is known about the other siblings.

The Father of the Bride actor is married to Jazz Charton. The pair started dating in 2012 and married in 2013. Kieran Culkin is also a father to two children. He welcomed his first child with Charton, daughter Kinsey Sioux, in 2019. The couple welcomed their second child, son Wilder Wolf, in August 2021.

“What did James Corden do?” Internet asks after ‘Wicked’ petition touches 60K signatures

Jon Gruden’s lawsuit with the NFL and Commissioner Roger Goodell