A Delta flight traveling from Oklahoma City to Los Angeles had to divert after Ariel Pennington, a passenger on the flight, physically assaulted a flight attendant and a federal air marshal.

The passenger was reportedly inebriated three hours into the journey and attacked the flight crew.

After the event occurred on Thursday, Oklahoma City police were informed at 7.15 pm on the same night. The fight stopped at the Will Rogers World Airport in OC “due to a flight attendant being assaulted by an unruly passenger.” 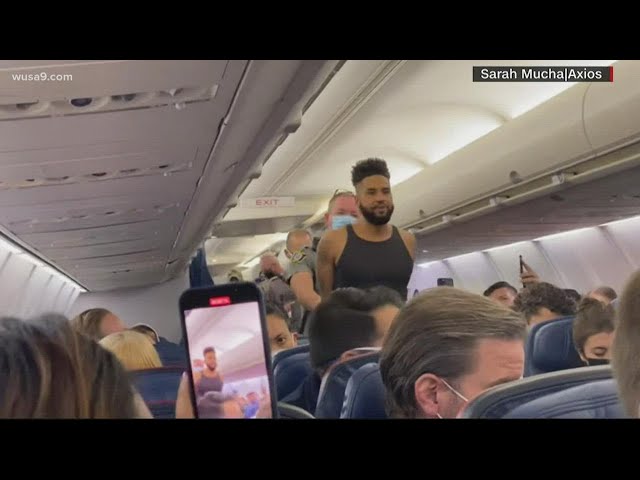 How did the incident pan out?

While it is unclear what resulted in Pennington taking the assault on the flight, the air marshal and flight attendant have reportedly not been seriously injured.

An investigation into the matter is underway. Ariel Pennington was charged with public inebriation and showcasing disorderly conduct, according to the Oklahoma Police Department.

Delta Air issued a statement acknowledging the incident, which said:

“Delta applauds the quick action and professionalism of the crew and Federal Air Marshals on Delta flight 324 from Washington, D.C. to Los Angeles, which diverted to Oklahoma City after a customer became unruly and was removed from the flight by local law enforcement.”

The airline also apologized for the inconvenience.

Ariel Pennington was released on a $334 bond after spending five hours in jail. It remains unclear whether Pennington has obtained an attorney for himself.

Who is Ariel Pennington, the man responsible for the assault?

Ariel “Azar3RRDeye” Pennington is an American rapper. He has been creating his own music and uploading it on YouTube for the past two years and his songs are available on Apple Music and Spotify.

This year, Ariel Pennington created a GoFundMe page to raise $10,000 to support his music career. However, he only received $235 in donations.

The amateur musician has battled homelessness and starvation, but Ariel Pennington claims to want to build a successful career in the music industry.

5 non-title UFC fights that could headline a PPV