Why Billy Gunn hung up on Vince McMahon

Billy Gunn recently recalled an amusing story about the time he hung up on Vince McMahon before a WWE event.

Gunn was driving 80 miles an hour down the freeway with Road Dogg when a deer suddenly jumped into their car window. The former WWE Superstar phoned Vince McMahon to inform him that both he and Road Dogg were potentially going to miss the show.

Speaking in a Wrestlefest Asia Virtual Meet & Greet, Gunn said he became frustrated when the WWE Chairman advised him to call a taxi:

“He literally said, ‘Can’t you get a taxi?’ and I hung up on him. This is how citified Vince is. I literally looked at Road Dogg and went, ‘He just asked if we could get a taxi!’ He goes, ‘Did you just hang up on him?’ I said, ‘Yeah! Because he asked me if I could get a taxi in the middle of nowhere!’ Eventually some of the boys stopped and we kind of just left the car on the side of the road,” he stated. 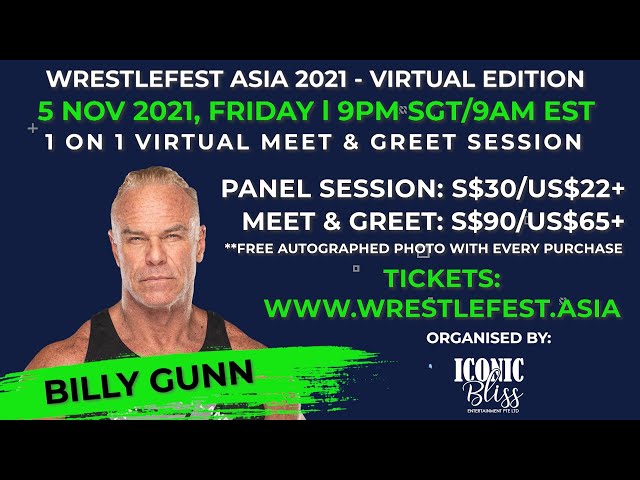 Gunn added that current WWE Superstars cannot simply phone Vince McMahon before a show and receive an immediate answer. Back in the late 1990s and early 2000s, it was a lot easier for WWE talents to contact their boss over the phone.

In the same interview, Billy Gunn opened up about a variety of WWE topics, including his relationship with Vince McMahon.

The 11-time WWE Tag Team Champion said McMahon is intimidating in real life, but he has never had any issues with him. The 2019 Hall of Fame inductee also revealed that the WWE Chairman laughed when he asked at the start of his career if he could only work weekends.

Gunn worked for WWE between 1993 and 2004 before returning for another run with the company between 2012 and 2015. The 58-year-old now works for AEW as a coach and in-ring competitor.

Please credit Wrestlefest Asia and give a H/T to Sportskeeda Wrestling for the transcription if you use quotes from this article.

Billy Gunn really doesn’t want a WWE vs. AEW war…find out why here.