The former pair were seen posing for the camera with Brandon. The duo even shared a frame with their youngest son Dylan Jagger Lee and his girlfriend, as well as Brandon’s girlfriend, Lily Easton, and Tommy’s current wife, Brittany Furlan.

The event marked Pamela and Tommy’s first public reunion since they parted ways for the third time in 2010. The couple initially divorced in 1998 after the former accused the Motley Crue founder of domestic violence and spousal battery.

Pamela Anderson and Tommy Lee had one of the most sensational love stories in Hollywood in the late 1990s. The couple first met at the luxury Sanctuary club on New Year’s Eve in 1994. The two went on a trip to Cancun six weeks later and decided to marry just four days into their relationship.

The pair tied the knot at a beach by tattooing each other’s names on their ring fingers instead of exchanging traditional wedding bands. Sources close to Pamela Anderson told the New York Post that the newlyweds were happy despite their rushed nuptials:

“I thought they were 100 percent madly in love. And Tommy was good for her. He knew the game a little more than Pam did. He had been famous since [1983] and helped her to navigate [that world].” 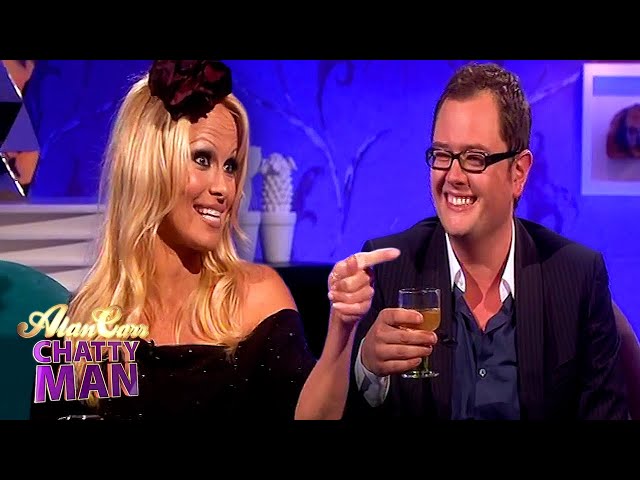 Tommy and Pamela welcomed their first child, son Brandon, in June 1996. Their second child, son Dylan, arrived just 18 months later in 1997. Unfortunately, in 1998, the pair had a physical altercation at home leading to Tommy’s arrest.

Pamela Anderson filed for divorce citing abuse and spousal battery. The Good Times singer pleaded no contest to a felony charge and was sentenced to six months in jail. The actress later said in a statement that she was proud of the musician for owing up to his actions:

“I’m very proud of Tommy. I’m happy he took responsibility for this. And I think it’s the first step towards healing.”

The pair briefly reconciled after Tommy came out of prison but called it quits in 2001. They decided to give their relationship another chance in 2008 after Pamela Anderson moved to her former husband’s residence with their children. Tommy Lee told the Rolling Stones at the time:

“Pamela and the kids have moved in with me. It’s awesome, man. It’s definitely working. You can tell on the kids’ faces — they’re happy when we’re together.”

Unfortunately, the couple failed to continue their reunion and parted ways again in 2010. Another insider told the New York Post that their relationship was never meant to last:

“I’m sure that on some level the heightened sensibility [that they initially experienced] ended. The kind of momentum that led them to get married in four days, it’s not sustainable.”

In 2020, Deadline confirmed that Hulu is working on a series titled, Pam & Tommy, based on Pamela Anderson and Tommy Lee’s whirlwind relationship. The show will star Lily James and Sebastian Stan in lead roles and the production will release this spring.

What we learned from WWE star King Woods’ interview