Why The Undertaker threw a chair backstage

WCW-bound Hart thought he was going to retain the WWE Championship against Shawn Michaels in Montreal. However, without Hart knowing, WWE Chairman Vince McMahon changed the finish before the show and booked Michaels to win the title.

Speaking to Sportskeeda Wrestling’s Dr. Chris Featherstone, Russo explained that he suggested the finish to McMahon several days before the pay-per-view. The former WWE writer also commented on The Undertaker’s furious reaction after the incident, which became known as the Montreal Screwjob.

“Now, bro, I wanna make one thing perfectly clear. Between when I said that to Vince and the Survivor Series, two, three, four other people could have pitched the same thing. I don’t know, I wasn’t privy to any of that… Bro, ‘Taker gets up, throws a freaking chair across the room, and I’m like, ‘Holy s***.’ Now, bro, keep in mind, I’m traveling with Vince, so I ain’t going nowhere,” Russo said. 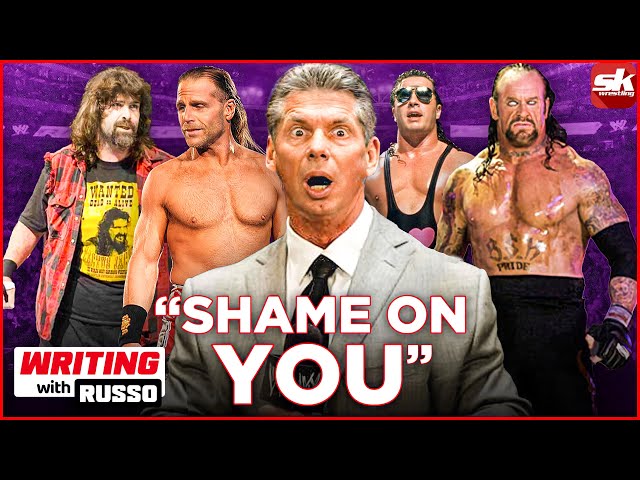 Watch the video above to hear more fascinating details from Vince Russo about the build-up and reaction to the Montreal Screwjob.

The Undertaker spoke about his Montreal Screwjob frustrations in 2020

Bret Hart refused to lose the WWE Championship to Shawn Michaels at Survivor Series 1997 due to their real-life dislike for each other.

The Undertaker said on The Bill Simmons Podcast in 2020 that he wishes he knew what was going to happen before the match. If he did, the retired WWE legend would have pitched himself as Hart’s opponent instead of Michaels.

“I was p****d about the whole thing because I felt like there, I possibly could’ve been used to get what we needed. Take Shawn out of this, let me do it, and then I’ll do business on the other side, and I think Bret probably would’ve went for that,” he said. [H/T New York Post]

Vince Russo clarified that he still believes Vince McMahon did the right thing by taking the WWE Championship off Hart.

Please credit Sportskeeda Wrestling if you use quotes from this article.

Q. Should The Undertaker have faced Bret Hart at Survivor Series 1997 instead of Shawn Michaels?

Yes – Bret Hart vs. The Undertaker

No – Bret Hart vs. Shawn Michaels