WWE Raw announcer Corey Graves shared online today that he may be considering a return to the wrestling ring.

Before moving into an announcing role — first on NXT and then moving up to stints on both RAW and SmackDown — Corey Graves began his career with WWE as a performer. First joining the company as part of WWE’s developmental territory, Florida Championship Wrestling (FCW), Graves was a part of the revamped NXT when it launched. He was even a playable wrestler in the WWE 2K15 video game.

However, Corey Graves had suffered a number of concussions during his in-ring career, and in 2014, he retired as an active performer. 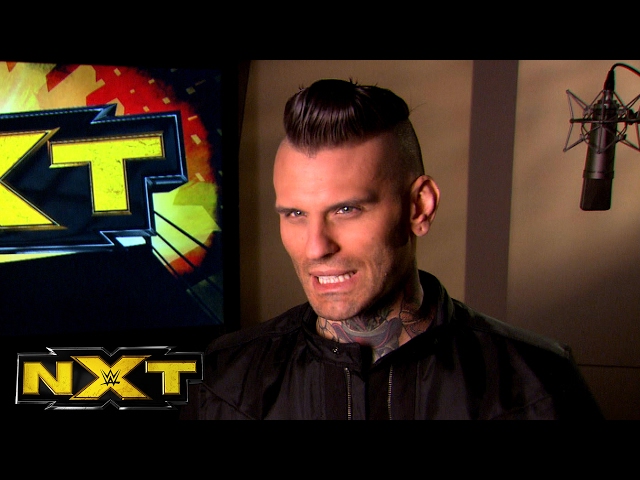 While medical issues such as concussions and neck injuries have prematurely ended many careers, things are changing. Modern medical science has allowed wrestlers who once feared they’d be paralyzed a second chance to perform in the ring again, also giving them the opportunity to finish their careers on their own terms.

The two most notable examples are, of course, Daniel Bryan (now Bryan Danielson in AEW) returning from his own concussion issues and, more impressively, Edge, who came back after nearly a decade of retirement due to an injured neck.

Fans aren’t the only ones excited at the prospect of a return to the ring by the Savior of Misbehavior, as a number of wrestling stars — legends and current performers alike — have shared their enthusiasm at seeing Corey Graves in the ring again.

@WWEGraves As you should. Loved watching you perform.
That inch is real, my friend.

@WWEGraves As you should. Loved watching you perform. That inch is real, my friend.

This past Monday on RAW, we got a taste of what it would be like to see Corey Graves back in action as he won the WWE 24/7 Championship by pinning Akira Tozawa only to lose it immediately to his broadcast partner Byron Saxton.

What do you think? Would you like to see Corey Graves wrestling once again? Sound off down below in our comments section.

Billy Gunn really doesn’t want a WWE vs. AEW war…find out why here.

Will Antonio Brown play against Washington?