Jim Ross was back for another insightful episode of Grilling JR on AdFreeShows.com, and the AEW announcer spoke about WWE Survivor Series 2001 and the biggest stories from that timeframe.

It was reported at the time in the Wrestling Observer Newsletter that WWE officials did not want a newly-signed RVD to beat The Undertaker.

Jim Ross reacted to the reports and said it was “silly” for WWE officials not to book a young and hot talent like Rob Van Dam to defeat ‘Taker in 2001.

Jim Ross noted that The Undertaker had no problems losing to RVD, but the “decision-makers” wanted to protect The Deadman backstage. JR realized that WWE Officials were loyal to The Undertaker as RVD came from the ECW world.

“It is silly, Conrad. I didn’t know our agents were so benevolent. So caring, warm, and they thought it was the right political thing to do. They were trying to protect Taker. I understand their loyalty, and I admire that, but Taker had no issues doing business,” said Jim Ross.

Survivor Series 2001 was all about the WCW Invasion angle, and RVD was one of the many ECW stars that crossed over to the WWE. He quickly won the Hardcore title, and there were plans for him to even beat The Undertaker on an episode of RAW leading up to Survivor Series.

However, as reported in the Wrestling Observer Newsletter, several WWE agents felt that RVD going over The Undertaker would send the wrong message to the locker room. WWE cancelled the plan and replaced the Undertaker with the Big Show, who ended up taking the loss to Rob Van Dam

Jim Ross, however, explained another big reason that could have prevented RVD from ascending early in the WWE. 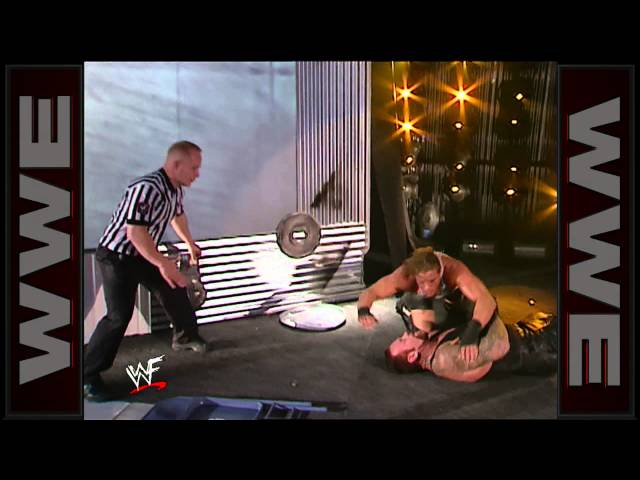 Jim Ross continued by revealing that RVD’s close association with former ECW boss Paul Heyman could have played a role in WWE’s call to scrap The Undertaker plan.

The respected veteran stated that Heyman was not well-liked by older WWE Officials and agents as the outspoken manager came from a new school of thought.

According to JR, RVD’s in-ring capabilities were never doubted within WWE, but the superstar being endorsed by Paul Heyman might have been the biggest problem.

“I think that one of RVD’s strikes was the fact that he was being endorsed so strongly by Heyman. That had an issue that Rob’s biggest advocate, no pun intended here, was Paul Heyman, and Paul Heyman had some issues with some older decision-makers and older agents because he was more of a contemporary thinker, he was very smart, and sometimes Paul would come up things that, even though they may have tried to shoot holes in, it just didn’t work. He was a smart guy. So, I think that was the issue there because you can’t say it was Rob Van Dam’s ability. Rob Van Dam was great in the ring,” added Jim Ross.

Being a Paul Heyman guy is considered invaluable in present-day WWE, but the situation wasn’t the same nearly 20 years ago.

Please credit Grilling JR and give a H/T to SK Wrestling for the transcription if you use quotes from this article.

India vs New Zealand 2021: “The dream is win tournaments for the country”