A video is currently making the rounds on social media, showing Randy Orton‘s incredibly heartfelt gesture towards a young fan.

WWE recently went on a tour of England, and one of the live events took place in Birmingham. RK-Bro (Randy Orton and Riddle) were featured on the card and defended their RAW Tag Team titles in a Triple Threat match.

Many fans on social media are currently sharing a video from that night. In the clip, Randy Orton can be seen coming to the rescue of a young fan in the massive crowd.

“The Viper” was interacting with fans at ringside when he suddenly noticed that a kid was getting squashed due to the sea of fans behind him. Orton quickly took control of the situation and made sure the fan was okay. 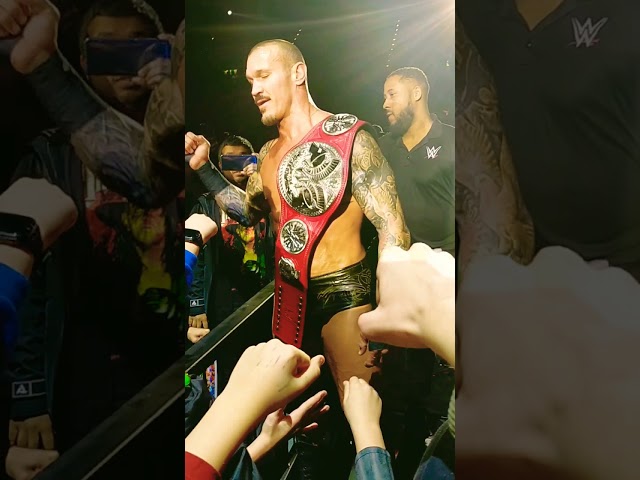 Randy Orton has major respect for the WWE Universe

Randy Orton is one of the most controversial superstars in WWE history. He was quite infamous for being brash and arrogant during his early years in the company. Many found Orton challenging to work with.

As time passed, Randy Orton’s demeanor drastically changed. Last year, Orton opened up on the lack of fans at WWE shows during the pandemic and added that it made him realize their importance.

Thanks to his alliance with another popular star, Riddle, Randy Orton is currently a hot act on WWE TV. RK-Bro is doing quite well in the ring as well as in the WWE Shop. This run has made many Orton detractors realize that he can do justice to a babyface role if given the opportunity. Thanks to his contributions to the wrestling world, he is bound to headline a Hall of Fame class shortly.

Fans! What does wrestling legend Dutch Mantell think of the recent WWE releases? Find out here.