Yair Rodriguez believe he and Max Holloway can top Gaethje vs. Chandler

Yair Rodriguez believes his fight with Max Holloway at the upcoming Fight Night 197 can top the barnburner between Justin Gaethje and Michael Chandler at UFC 268.

Gaethje and Chandler went back-and-forth in a three-round slugfest which was ultimately won by ‘The Highlight’ via unanimous decision.

Heading into a potential number one contender’s fight with Max Holloway this weekend, Yair Rodriguez said fans can expect to see some fireworks in the fight. In a recent conversation with TMZ Sports, Rodriguez weighed in on the crucial featherweight encounter, stating the following:

“Yeah, I think it’s going to be a great fight. With that said, I know we had pretty good fights last weekend and I’m sure people are expecting a show so I am expecting to bring fireworks on Saturday and I am sure it’s going to be a great fight for everybody to watch from home and everybody will enjoy it, I am sure… No I think it can happen [our fight could top Chandler vs Gaethje] I see it happening, yeah,” Yair Rodriguez said.

Check out the interview below: 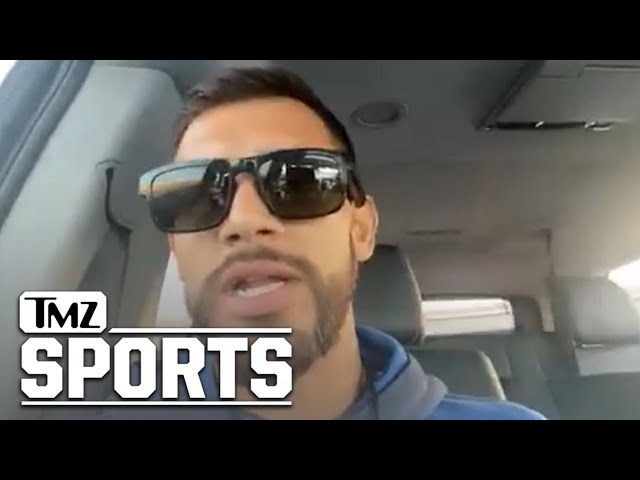 Yair Rodriguez is completely focused on Max Holloway at the moment and isn’t contemplating his next venture yet. If he’s offered a title shot following a win against ‘Blessed’, Rodriguez said he’d gladly take it. If he isn’t, ‘El Pantera’ said he’ll be more than happy to take on whoever the promotion pits him against.

As for the fight this weekend, Rodriguez claims he is ready to lay it all out inside the octagon to try and defeat one of the greatest featherweights of all time:

“Max is all that’s in my head right now and if the title comes after [beating Holloway] then that’s a good thing and I’ll take it. If not, then no problem. I’ll keep on fighting,keep on doing my thing and then probably just get a next whenever I can but I won’t give up, it doesn’t matter where this fight goes, I don’t care. I’m ready to die and I’m ready to take that gold as well, so whatever life wants to throw at me, I’ll be ready,” Yair Rodriguez.

Yair Rodríguez fight week. To this day this is still one of my all time favorite knockouts.

Yair Rodríguez fight week. To this day this is still one of my all time favorite knockouts. https://t.co/WmFYOvzgsQ

How to summon and fight with Torrent in Elden Ring